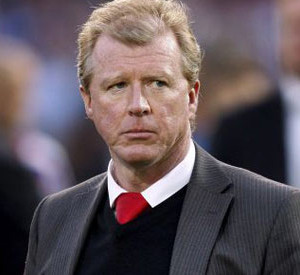 Derby County have an opportunity to go back on top of the Championship, for a couple of hours at least, with a victory over Norwich City in the Saturday lunchtime kickoff.

Steve McClaren’s side have lost three of their last four games including their elimination from the Capital One Cup midweek at the hands of Chelsea.

The Rams have seen centre-backs sent off in each of their last two matches.  Jake Buxton will be suspended for today’s match, whilst Jamie Ward is still out injured for the home side.

Norwich City are two points outside the playoffs and have won both of their matches in December.  Some make the visitors the favourites today.

Top scorer Chris Martin starts against his former club but has only scored in one of his last seven games in all competitions.  Derby County get a couple of goals from midfield through the likes of Craig Bryson and Jordan Ibe, but are reliant on Martin scoring if they’re to maintain any kind of a serious promotion push.

Norwich City still have a number of players who were playing Premier League football last season to explain why they remain amongst the favourites for promotion this season.  Perhaps it is only the home field advantage that makes Derby the bookmakers’ slight favourites to win today.  Form and available players and money spent all favours the visitors to come out on top this lunch time.