Why Morgan Schneiderlin is the Missing Ingredient for Arsenal 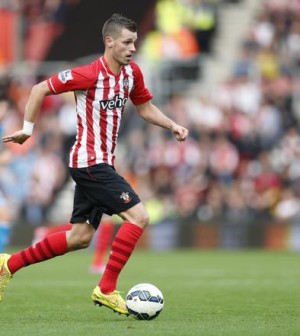 The years have passed by with Arsenal resorting to players who were never really comfortable in that position, including Mikel Arteta whose lack of pace has been an issue recently and Mathieu Flamini, whose been in a vivid period of decline.

Looking at a club who signed Mesut Özil and Alexis Sánchez, arguably their best players, for £80 million, it is quite surprising to see that Arsène Wenger has yet to dip into the market for a player who can complement the creativity of these two by recycling possession like Sergio Busquets at Barcelona or Bastian Schwensteiger of Bayern Munich. All the top clubs across Europe seem to have that one man who can break up play elegantly, or roughly when needed, and work the ball up field without breaking away from their position, except Arsenal.

Chelsea have star Nemanja Matić and John Obi Mikel capable of this, Manchester City have Fernandinho, Liverpool have Steven Gerrard and Lucas; and even Manchester United have Michael Carrick and a rejuvenated Marouane Fellaini. Not to mention the other major clubs who boast Xabi Alonso, Toni Kroos, Daniele De Rossi and Sami Khedira.

Without the promise of wallet-busting wages, Arsenal have always resorted to blooding youngsters and nurturing them into superstars but what Arsenal need right now isn’t a 15-year-old wonderkid from a small town in Lithuania. They need a 24-year-old France international who has 89% passing accuracy so far this season and was voted one of the best centre midfielders in the Premier League last year.

Morgan Schneiderlin’s role in breaking up play and commanding the midfield was pivotal in Southampton’s survival during the 2013-14 campaign and with some impressive performances during last summer’s World Cup, it’s no wonder he’s been linked with a move away ever since. The question remains, who exactly is going to snap him up?

Saints manager Ronald Koeman has already expressed his desire to keep Schneiderlin at least until the end of the summer and hopes to deter away any potential buyers with a £25 million price tag. Spurs and Arsenal, with as much rivalry as they have on the pitch, will be locking horns again as they fight for the former Strasbourg player. However, Arsenal, in my opinion, need him more.

With the return of Francis Coquelin, Arsene may feel as if he doesn’t need to spend but with the Gunners struggling to take their coveted spot at fourth place, let alone fight for the title this season, a more experienced head in Schneiderlin may be exactly what they need.