Who Has Been the Best Signing of the Season So Far? 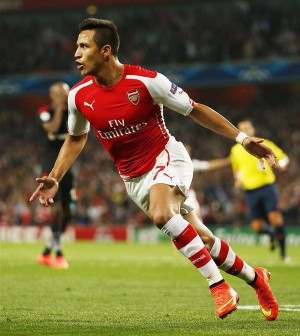 With over three months of the season still remaining it would be foolish to proclaim who the champions will be – even with Chelsea’s form suggesting that the trophy may be winding its way back down to west London. But it is possible to say who the players of the season have been so far – and which of the crop of new boys recruited in the summer (and to a lesser extent during the January transfer window) have stood out.

As ever there have been players who, for whatever reason, have not shone as expected. Although only a loan signing, Radamel Falcao’s move to Manchester United from AS Monaco was one of the most talked about even if the conversations were more to do with whether the Colombian would be able to overcome the serious injury that kept him out of last summer’s World Cup. It could be argued that Louis van Gaal hasn’t really given the striker enough playing time to impress with many of his appearances coming as late substitutions when games are already won. But he hasn’t really shown why United were interested in spending so much money on a striker when they already had Robin van Persie and Wayne Rooney.

There have also been transfers that have not been as heralded but have been very important for the players and clubs involved. Ryan Bertrand was already playing on loan this season at Southampton but made his move permanent in the transfer window. His form for the south coast club has many questioning why Chelsea would let go such a young star who has already a Champions League medal in his collection. Whatever the reason, Bertrand was seen as surplus to requirements at Stamford Bridge and is now performing to a very high standard at St Mary’s. Keeper Fraser Forster must also get a mention as since his move from Celtic in the summer he has kept the most clean sheets in the league and is a major reason why the Saints have not struggled as many predicted after losing many of their star players in the summer.

Diego Costa’s move to Chelsea from Atlético Madrid has resulted in the Brazilian-born Spain international dominating the Premier league and making a mockery of some suggestions of whether he would star after a disappointing World Cup. Costa has scored 17 goals in 19 Premier League games this season and shown that even at a cost of £32 million, Chelsea have unearthed a bargain. Costa has had his run ins with the authorities and has a questionable temperament but if Chelsea are ultimately successful this season, a lot of it will be down to their powerful new striker.

There have been other notable transfers that have really clicked such as Cesc Fàbregas going to Chelsea, where he has boosted a midfield that many would have thought needed no help. And although there have been major question marks over Manchester United’s defence this season it is also undeniable that they were crying out for the likes of Marcos Rojo and Daley Blind after last season’s disastrous campaign.

But the new boy that has really impressed so far this season has been Arsenal’s acquisition from Barcelona – Alexis Sánchez. Signed last summer for a fee of around £35 million, the forward has been a sensation in the Premier League. Although not as prolific as Diego Costa, it is arguable that the Chile international is more important to the development – and ultimate success – of Arsenal.

The Gunners desperately needed a goal scorer after last season and not only has Sánchez scored goals, he has also inspired fellow striker Olivier Giroud to contribute. First coming to the attention of European fans while at Udinese, Sánchez was then a prolific goal scorer at Barcelona – even with the likes of Lionel Messi and Neymar taking the plaudits – but his move to north London was not initially universally lauded. His form, goals and amazing levels of skill have made him a firm favourite at Arsenal and his influence on the club is incomparable.