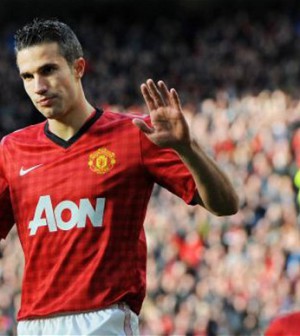 The Italian side appear to be preparing to replace 36-year-old Miroslav Klose who was once again their top scorer this past season.

Klose scored 13 goals in his 34 appearances in Serie A last season (21 starts), whilst the Rome club only really have Filip Đorđević as their other option in attack.

Speculation grew during the second half of the season that Louis van Gaal would attempt to offload Robin van Persie this summer and the Italian side are one of the clubs to have shown interest.

The Daily Star are claiming that the 31-year-old has agreed a £10 million move to join Lazio.

Earlier this week, Stefano Pioli’s side were linked to giving Fabio Borini a fresh start after a frustrating spell at Liverpool.

The Italian striker has seen limited opportunities under Brendan Rodgers and had been expected to leave in January following a red card versus Arsenal in late December that appeared to come out of frustration more than anything else.

With the Reds in the market for a new striker this summer, Rodgers will need to sell some of the dead wood and Borini can be expected to be one of the first to be shown the exit door at Anfield.

TalkSport claim Lazio ‘expect’ to conclude a deal in the ‘coming weeks’ for the 24-year-old.