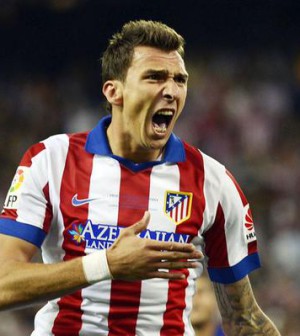 Atlético Madrid striker Mario Mandžukić has arrived in Italy ahead of what appears to be the final stages of completing a deal with Serie A Champions Juventus.

Both Liverpool and Manchester United had been linked with the Croatian international this month but are set to miss out on the 29-year-old.

Mario Mandžukić only joined Atléti 12 months ago but had been expected to leave this summer following reports in February that he had had a bust up with some of the team’s coaching staff.

At that point, the striker had netted 20 goals by the end of February, but then found himself on the fringes of the first team as a result and a transfer before the start of next season seemed inevitable.

Should Juventus land Mandžukić, it will be his second consecutive summer transfer and both after reports that he fell out with each club’s respective coaching staff – the former being Bayern Munich 12 months ago.

The deal would also mean Mandžukić will have joined the current UEFA Champions League runners-up for each of his past three transfers over the past four years.

We reported on Friday that Mandžukić was set for a medical on Monday and the photo below of the striker landing in Italy virtually confirms those reports. 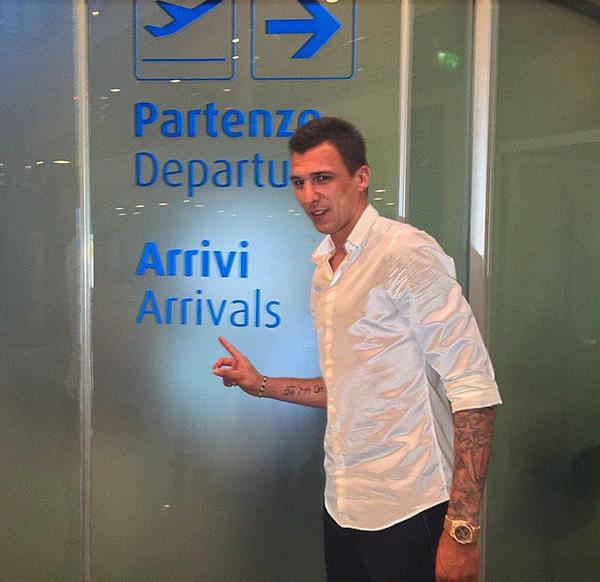 The deal is expected to be around £18 million which would represent a very small profit for the La Liga side from what they paid the German champions only a year earlier.

Mandžukić would be good business for Juventus as he has been a frequent goalscorer for each of the past four seasons.  He will face stiff competition from a regular starting place though with Juventus already landing Paulo Dybala this summer and still having Carlos Tevez, Álvaro Morata and Fernando Llorente on their books.

Tevez though is expected to depart back to his homeland and Boca Juniors in the coming weeks assuming this deal for Mandžukić goes through as expected.