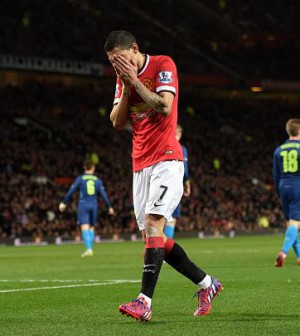 Paris Saint-Germain have made a €40 million offer for Manchester United left winger Ángel Di María, the Guardian have confirmed.

Speculation has grown over the past week or so that the Argentina star will be leaving Old Trafford for the French Ligue 1 champions this summer.

However, the Guardian are reporting that United have rejected PSG’s offer, and the report goes on to say that United executive vice-chairman Ed Woodward is holding out for more money from the wealthy French side.

After a promising start in England, Di María’s form dropped off substantially after Christmas and even found himself on the subs bench for a large portion of the games in the second half of the season.

The arrival of Memphis Depay at United this summer has increased speculation that the former Real Madrid winger will be transferred for the second time in as many seasons.

Paris Saint-Germain were keen to sign Di María last summer but Financial Fair Play rules prevented any deal from happening after they spent a hefty fee on David Luiz before the World Cup.

Should the two teams come to an agreement, Manchester United are expected to sign Pedro from Barcelona.