Injury Update on Chelsea Duo Ahead of Arsenal Clash 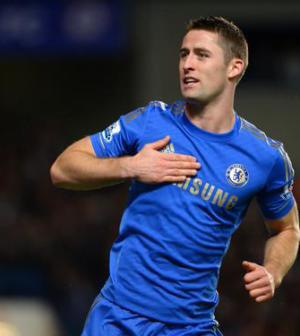 José Mourinho has given an injury update on Diego Costa and Gary Cahill ahead of Sunday’s FA Community Shield match with Arsenal at Wembley Stadium.

The Chelsea pair picked up injuries during last night’s 2-2 draw with Barcelona in the USA and are both doubtful to face the FA Cup winners.

Diego Costa started the match up front versus the 2015 UEFA Champions League winners in their final pre-season match in their tour of North America, but left the field shortly after the hour mark with yet another hamstring injury.

Speaking to Chelseafc.com after the game, Mourinho confirmed the news that Cahill may have broken his nose, but that the England international could still face Arsenal wearing a protective face mask, whilst the Special One is also hopeful Costa’s latest setback is nothing more than minor.

“Cahill has a chance of a broken nose, maybe yes, maybe no. If no, perfect. If yes, he will get a mask tomorrow to be ready for Sunday!

“Diego felt a little thing in his hamstring. We believe it is just a feeling, no more than that, but we have to wait.”

Cahill should be passed fit to face their London rivals but we’d be surprised if Mourinho takes a gamble on his striker’s fitness.

The Spanish international was plagued by hamstring injuries throughout last season so the last thing the Chelsea boss needs is his star aggravating the problem further by playing in the Community Shield.