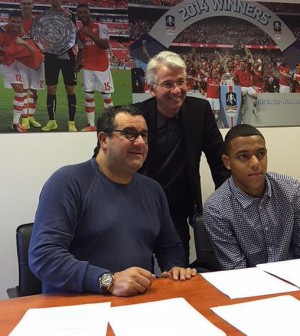 Highly-rated Dutch teenager Donyell Malen has confirmed on Instagram that he has completed his move to Arsenal.

Reports emerged earlier this week that the Gunners were closing in on a deal for the 16-year-old with the Express claiming that Malen had turned a professional contract offer from Ajax to move to North London.

The newspaper stated that Arsenal have been scouting the talented youngster for some time and have now seen off competition from the likes of Barcelona to capture his signature.

Donyell Malen has confirmed his move to the Emirates after uploading a photo of him signing his contract with agent Mino Raiola in the Arsenal offices, along with head of youth development, Andries Jonker.

Jonker joined the GUnners last summer to help reinvigorate their youth sides and he’s currently overseeing a huge shake-up with Malen the latest youth prospect to be acquired this summer.

The Dutch youngster has since deleted his photo and Instagram account, but not before we got a copy of the image (below) and it has since been doing the rounds on social media today.

Ajax have also confirmed the deal on their official website, stating that they are extremely disappointed to lose such a promising young talent and confirmed that Malen has joined Arsenal with immediate effect.

Malen initially joins on a scholarship deal prior to signing a professional contract when he turns 17 in January.  He is expected to play with the under-18s in the upcoming campaign.

He is predominantly a striker but can also play out on the wing.

Here is the photo he uploaded to Instagram earlier today: 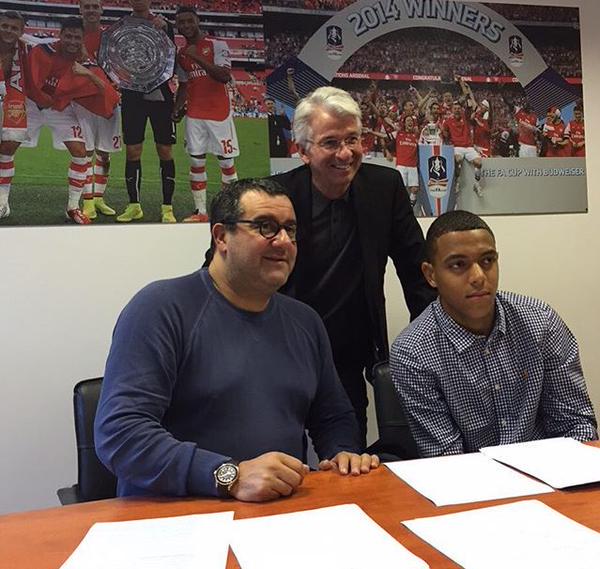