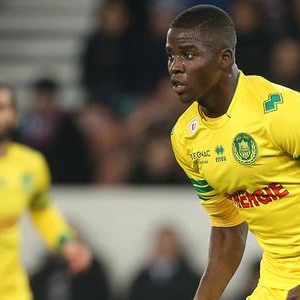 Chelsea are set to sign centre-back Papy Djilobodji in a £4 million deal from Nantes, the BBC understand.

The defender is set for a medical at Stamford Bridge before officially completing his deal before the summer transfer window closes today.

Djilobodji is a Senegalese international who stands at 6’2″ and had been with the French side since 2010.  He was a key part of the side that were promoted to Ligue 1 in 2012-13 and helping them avoid relegation comfortably over the past two seasons.

The two sides have agreed a deal and are now waiting on the 26-year-old to complete his medical before he is officially announced as a Chelsea player.

José Mourinho has been keen to land a new centre-back over the past couple of weeks after seeing his side concede a staggering nine goals in their opening four Premier League matches to start the season.

They currently only have three centre-backs on their books and as John Terry was suspended for this weekend’s 2-1 loss at home to Crystal Palace, Gary Cahill and Kurt Zouma were forced into starting as the centre-back pairing.

Papy Djilobodj is good in the air as well as picking off passes in and around his own penalty area.  He’s also a good threat from corner and set pieces, as well as being able to defend them.  Chelsea will be able to do the deal for cheap (£4m) as the player is in the final 12 months of his contract at the Stade de la Beaujoire.