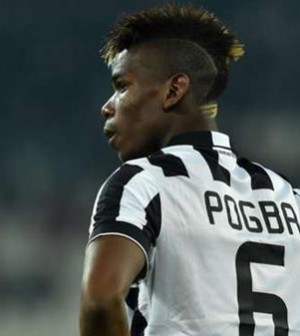 Juventus’ difficult start to the 2015-16 season won’t get any easier this evening as they travel to Premier League leaders Manchester City.

Last season’s UEFA Champions League runners-up have taken only one point from their first three Serie A games of the new season, and that came via a late equaliser at home to Chievo this weekend.

Massimiliano Allegri’s side like to play a 4-4-2 diamond formation and that could play into the hands of Manchester City who have dominated possession in each of their five Premier League games this season, winning all of them to nil.

Here’s how Juventus will likely line up:

Goalkeeper: Gianluigi Buffon
The 37-year-old remains one of the top goalkeepers in the game and may be relived that Sergio Agüero is injured for the Citizens. However, pacey Raheem Sterling and playmaker David Silva are back for the hosts after missing the 1-0 victory at Crysta Palace on Saturday through injury.

Defence: Martín Cáceres, Leonard Bonucci, Giorgio Chiellini, Alex Sandro
Giorgio Chiellini missed last season’s Champions League final through injury but remains one of the top centre-backs in the world. Juventus have a solid defence but have shipped four goals in their opening three league games this season. Wilfried Bony isn’t half the threat that Agüero is, but he still scores goals and has great playmakers around him.  Alex Sandro joined from FC Porto in a big money move over the summer, replacing Patrice Evra.

Midfield: Juan Cuadrado, Roberto Pereyra, Paul Pogba, Hernanes
Sami Khedira, Kwadwo Asamoah, Claudio Marchisio are all injured in midfield so Allegri may start both Juan Cuadrado and Roberto Pereyra. Paul Pogba is the physical presence in midfield whilst both Arturo Vidal and Andrea Pirlo departed over the summer. Hernanes plays at the front of a diamond formation and is a very good playmaker.

Strikers: Álvaro Morata, Paulo Dybala
Despite the sale of Carlos Tevez and backup Fernando Llorente over the summer, Max Allegri still has a great deal of talent at his disposal up front. Manchester City’s defence has been a rock this season but we know from last season that they can be vulnerable. Álvaro Morata and Paulo Dybala could certainly cause them issues if they get some supply from midfield.