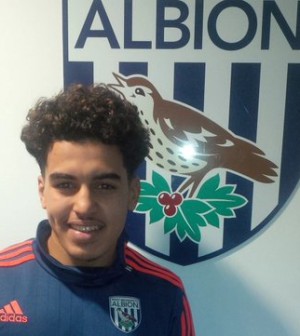 The young forward has excelled in the Ryman Premier League with Lewes this season, for whom the club describe as a “skillful and exciting prospect who can operate out wide or behind the strikers”.  He has often played on the left wing for Lewes this season.

El-Mhanni has just started a trial with Crystal Palace and has been nicknamed ‘the non-league Riyad Mahrez’ due to his skills.  He was also on trial at West Brom earlier this year.

According to the Daily Mail, El-Mhanni’s performances in the non-league have attracted a number of scouts from Premier League and Championship sides alike.

It appears he may have first got attention from bigger clubs for his outrageous skills recorded on YouTube that have attracted many thousands of hits.  Essentially a freestyle footballer.  One video is below:

However, his biggest success to date has been when he featured on Nike commercials alongside Barcelona and Brazil superstar Neymar.