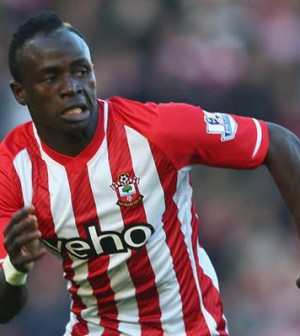 Southampton head to Manchester United on Saturday with a little bit of form having won back-to-back games in the Premier League moving Ronald Koeman’s side into the top half, in 10th position, to start the weekend.

Anthony Martial scored twice in his first Premier League start as Manchester United were 3-2 winners at St Mary’s back in September.

United head into this weekend’s home match two points outside the UEFA Champions League places despite their below par performances on the field.  They were able to win 1-0 at Liverpool despite the lack of possession and chances last week.

Koeman’s side had gone on a run of losing eight out of 10 in all competitions before beating Watford 2-0 and West Brom 3-0 in their last two matches since being eliminated from the FA Cup.

Here is the Southampton team I think we’ll see lining up against Manchester United:

Goalkeeper: Fraser Foster
The Saints have a solid goalkeeper but prior to keeping back-to-back clean sheets the English goalkeeper had not been greatly protected by his back four.

Defence: Cédric Soares, José Fonte, Virgil van Dijk, Ryan Bertrand
Cédric Soares has started the last two at right-back and so I expect the Portuguese defender to continue in the starting lineup this weekend.  He’d be up against Anthony Martial who loves to run at the full-backs from the left wing.  On the opposite side Ryan Bertand should match up against Juan Mata who hasn’t started the last two but is in line for recall after Jesse Lingard’s quiet afternoon at Anfield a week ago.

Midfield: James Ward-Prowse, Victor Wanyama, Sadio Mané, Steven Davis, Dušan Tadić
Dušan Tadić has come off the bench to score in Southampton’s last two games but surely the Serbian is due a start in this one.  Sadio Mané often has a good game versus Manchester United and should come up against Matteo Darmian in this match which could favour the visitors.  Victor Wanyama will have the duty of keeping Ander Herrera quiet behind Wayne Rooney.

Striker: Shane Long
Graziano Pellè scored a brace when these two met at St Mary’s back in September but the Italian hasn’t been fit this side of Christmas so Shane Long should get the start.  The Republic of Ireland international makes good runs to stretch defenders and I can see that being a real nuisance for the likes of Ashley Young and Daley Blind in this match. 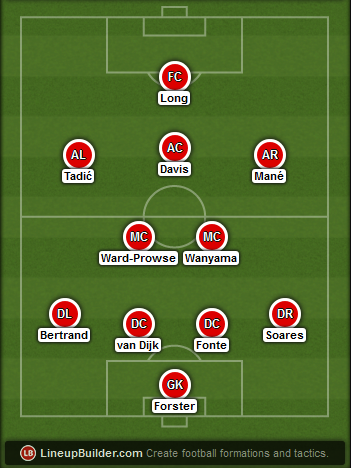