Chelsea Look to London Rivals for Next Permanent Manager 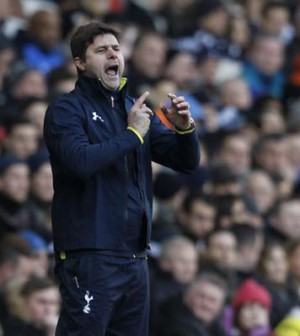 Tottenham Hotspur manager Mauricio Pochettino is one of five names on the Chelsea shortlist for their next permanent manager.

The Blues appointed Guus Hiddink last month as their interim manager for the second time following the dismissal of José Mourinho before Christmas.

Pochettino has overachieved with both Southampton and Spurs during his short period in the Premier League, with the North London club currently sitting in a healthy fourth position.

The Independent are reporting that Chelsea have added the Argentine to their shortlist of five names as the possible long-term replacement of Mourinho.

Former Juventus and currently Italy head coach Antonio Conte is currently the favourite, whilst another Argentine, Jorge Sampaoli, has been strongly linked with a move to Stamford Bridge for a few weeks now.  Sampaoli even quit his role as the Chilean national team manager earlier this month, over a despite with the national federation.

With Atléti facing a transfer ban over the next two transfer windows, it cannot be ruled out that Simeone would not leave the Vicente Calderón despite putting up a great title fight with Barcelona and Real Madrid and being long associated with his current employers.

Tottenham would certainly be reluctant to allow Pochettino to leave, especially if he can guide the club to a UEFA Champions League finish this season.  Chelsea themselves are currently 14 points below their London rivals.

The Spurs boss currently has three-and-a-half years left on his deal at White Hart Lane following his move from Southampton.