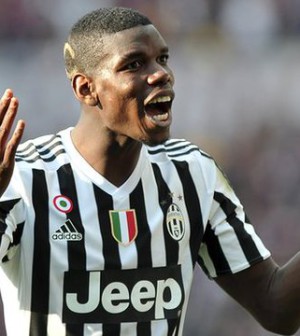 Spanish outlet Sport are claiming that Guardiola wants to build a new City squad around the French star.

Pogba is set to be one of the summer’s hottest transfer targets with both Real Madrid and Barcelona strongly linked with a move for the 23-year-old, whilst Chelsea’s interest won’t go away despite having a bids rejected by Juventus last summer.

The Italian champions face a tough task of keeping hold of their star, less than 12 months after losing both Andrea Pirlo and Arturo Vidal in the middle of the park.  Some good news for Juventus is that the Sun are claiming Yaya Touré is ready to quit the Etihad with the Serie A giants one of the possible destinations for him this summer.

Sport state that Pep Guardiola has has spoken with owner Khaldoon Khalifa Al Mubarak about making Pogba the key cog in the City’s team of the future. Paul Pogba has previously been quoted as saying he would like to work with Guardiola one day.

The report goes as far as saying that Manchester City are prepared to pay as much as €95 million to Juventus for the player’s services, and offering Pogba €20 million-a-year himself.

Guardiola would even like the deal to be complete before Euro 2016 kicks off on 10 June, when the 23-year-old’s value could increase further .

It remains to be seen as to whether Manchester City will get a deal completed though, as if Juventus were to accept an offer from the Premier League side – you can be sure Barcelona, Real Madrid and Chelsea will also come calling.