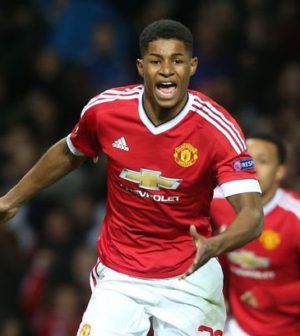 Manchester United have enjoyed a relatively stress-free start to this Premier League season. Straight forward wins over both Bournemouth and Southampton were contrasted by the need for Marcus Rashford’s last-minute winner against Hull City last time out in order to seal a late 1-0 victory away from home.  To this point, José Mourinho’s side are yet to face a side of real quality.

That all changes this weekend, when Pep Guardiola brings his Manchester City side to Old Trafford on Saturday for the first Manchester derby of the season. It promises to be an interesting affair, given the history between the two managers and the fact that both of these sides have won each of their first three league games. Both will be expecting to be involved in a tussle for the title come May, and both Mourinho and Guardiola will be willing to make a statement in the 2016-17 Premier League season’s biggest match-up so far.

As such, here’s how we think Manchester United will line up on Saturday:

José Mourinho is unlikely to want to make too many changes to his starting XI; so far, the only change in each of the three teams he has field has been the removal of Ander Herrera for Paul Pogba against Southampton, but there are a few key areas to address for this weekend.

Antonio Valencia has been in impressive form at right-back so far this season, but isn’t due to return to Manchester until Friday afternoon following international duty in South America with Ecuador.  This means the Portuguese boss may be tempted to field Matteo Darmian instead. The Italian is arguably the better defender of the two, and with Raheem Sterling and Kevin De Bruyne to worry about, José Mourinho may be tempted to be a little cautious on the right of his defence.

If rumours are to be believed, then Maroaune Fellaini should recover from the back injury sustained at Hull City to retain his place alongside Paul Pogba in front of the back four. The only change ahead of him may relate to Anthony Martial; the Frenchman has had a slightly frustrating start to this season, playing in a slightly deeper role than last term and has yet to sparkle in four games, including the Community Shield, this season. As such, given Marcus Rashford’s electric cameo at the King Power Stadium, we may see a switch between the two, allowing the England international a chance to shine from the start. Given that he scored the only goal when the sides met at the Etihad Stadium last season, there’s very little chance that the 18-year old will be overawed by the occasion.

What do you think? Do you agree or disagree with our line-up? Tell us what you think in the comments section below.