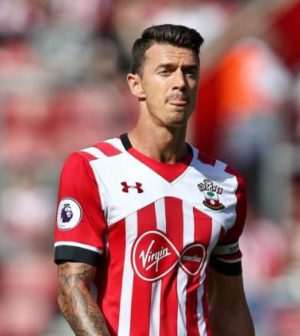 Southampton travel to Arsenal tomorrow as the Premier League returns after the international break with both these teams making disappointing starts to their 2016-17 campaigns.

The Saints have scored only two goals and taken only two points from their first three matches from Claude Puel following the French manager’s appointment after Ronald Koeman left for Everton.

Meanwhile Arsenal were beaten 4-3 at home by Liverpool in their season opener before being held 0-0 by Leicester City.  They got their first win of the season before the international break by beating Watford 3-1 at Vicarage Road.

The Gunners will be looking to add another three points this weekend but here is the Southampton team I think we’ll see trying to prevent that:

Goalkeeper: Fraser Forster
The highly-rated Englishman will keep his position between the posts for Southampton and will be looking to frustrate Arsenal with another one of those top drawer performances that he has put in on many occasions during his short career so far.

Defence: Cédric Soares, José Fonte, Virgil van Dijk, Ryan Bertrand
Cédric Soares and José Fonte could be facing Olivier Giroud for the second time in a matter of a few games after the defensive partnership got the better of the French striker in the Euro 2016 final earlier this summer.  Fonte was also reportedly a transfer target for the Gunners late in this summer’s transfer window.  Ryan Bertrand is fit to make his first Premier League start of the new season.

Midfield: Pierre-Emile Højbjerg, Oriol Romeu, Steven Davis; Dušan Tadić
The French manager likes to employ three central midfielders in front of the back four.  Highly-rated Danish international Pierre-Emile Højbjerg is likely to partner Oriol Romeu and Steven Davis in this role.  Further forward is Dušan Tadić playing behind the two strikers.  The Serbian is capable of the sublime and frustrating – you just don’t know what he’s going to do at any given moment or in any given game.

Attack: Shane Long, Nathan Redmond
Puel has played Nathan Redmond up front so far this season which worked when the former-Norwich City man scored in their season opener.  Shane Long’s runs in behind the Arsenal defence caused them real problems last season so expect the Irish international to be deployed in a similar role this Saturday. 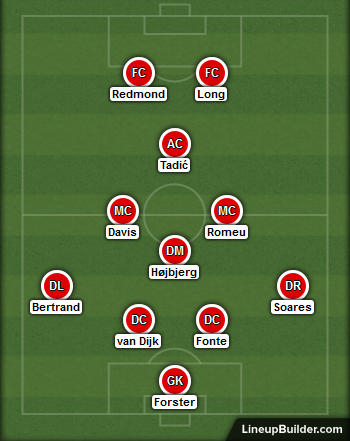