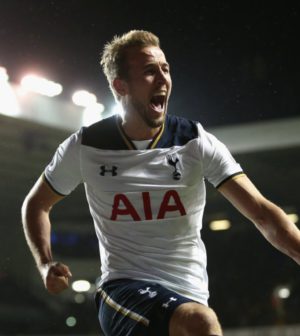 Tottenham Hotspur will be looking to bounce back from UEFA Champions League disappointment in Monaco on Tuesday night with a tough trip to London rivals Chelsea in Saturday’s evening Premier League kickoff.

Mauricio Pochettino’s side are the only unbeaten side in the English top flight after 12 game but drawing half of them sees them starting the weekend in fifth position, four points behind leaders Chelsea.

The Blues have won six in a row keeping a clean sheet in each of those and would make a real statement by extending that to seven on Saturday.

Goalkeeper: Hugo Lloris
One of the top goalkeepers in the Premier League can expect a busy game at Stamford Bridge with the likes of Diego Costa, Eden Hazard and Pedro on fire right now.

Defence: Kyle Walker, Eric Dier, Kevin Wimmer, Jan Vertonghen
Eric Dier is a shadow of the player he was last season and neither her or Kevin Wimmer are Pochettino’s first choice centre-backs but will likely start in those roles this weekend.  Danny Rose suspended and Ben Davies injured means Jan Vertonghen will likely come out to left-back where he has a number of games’ experience.  Kyle Walker faces a tough match up against Eden Hazard.

Midfield: Victor Wanyama, Mousa Dembélé; Heung-Min Son, Dele Alli, Christian Eriksen
It will be interesting to see if Victor Wanyama can step up against Chelsea’s excellent attack or whether the former-Southampton man gets found out.  Mousa Dembélé offers a physical game alongside the Kenyan whilst Heung-Min Son will be competing with Érik Lamela to start on the right.  Chelsea left wingback Marcos Alonso has not looked very good defensively in his early days in the Premier League.  Dele Alli fit again is excellent news for Tottenham especially if they want to get anything out of this game.  Christian Eriksen will need a big game too.

Striker: Harry Kane
A late brace from the England international saw Tottenham pull off a dramatic victory over rivals West Ham last Saturday.  Harry Kane could see sights on goal in this game too, because, despite Chelsea’s phenomenal defensive record in their past six games, they have allowed opponents opportunities.

Click here to get 12/1 on Tottenham to beat Chelsea! 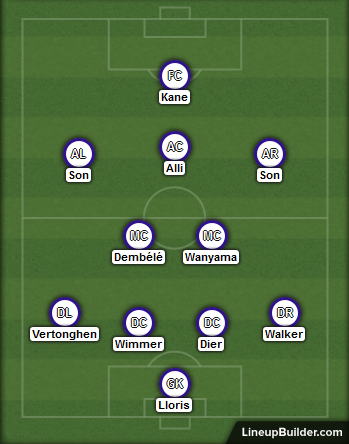