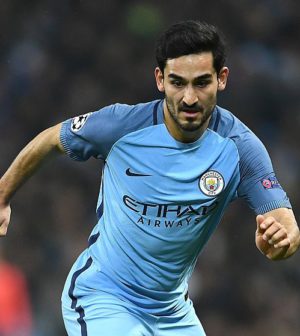 Manchester City will be keen not to drop any points versus Arsenal on Sunday afternoon as they start the weekend seven points behind Premier League leaders Chelsea.

Pep Guardiola’s side got back to winning ways with a 2-0 win over Watford midweek but it was only City’s fourth win in their last 10 league outings.

Ahead of the game at the Etihad Stadium, Guardiola has spoken to the media at his pre-match press conference today and given ManCity.com a team news and injury update.

The Spaniard was able to confirm that İlkay Gündoğan suffered a serious knee injury on Wednesday night.  The midfielder still awaits the results of the scan but the initial feeling is that the former-Borussia Dortmund man will be sidelined for several months.

Gündoğan previously had two lengthy spells out injured with Dortmund but both were a result of back injuries.

The city boss was also able to confirm that Vincent Kompany will be absent once more as he continues to suffer from a long-term knee ligament injury.  The club captain has played just 116 minutes across three games in the Premier League so far this season due to injuries and did not feature in any of Manchester City’s six UEFA Champions League matches.

In a triple injury blow, Fabian Delph misses the Arsenal game this weekend as he is still recovering from a muscle injury that has limited his action for most of the season so far.

“Vincent, Fabian Delph and İlkay are out. We are sad for İlkay. We are going to miss him a lot. But it’s what it is – it’s unlucky. Sometimes it happens in football.

“He is sad, we are sad. The action of the opponent was correct. It was an unlucky situation.

“We don’t have İlkay and Fernandinho. Another one is going to play and they are going to do as well as possible.”

As Sergio Agüero and Fernandinho are both suspended following their actions at the end of the Chelsea game earlier this month, it means that Pep Guardiola will be without five first-team players when they welcome Arsenal to the Etihad this weekend.

Whilst the former-Barcelona coach has the option of Nolito or Kelechi Iheanacho up front he is running thin with options in centre midfield without Fernandinho, Gündoğan or Delph.  We could see Yaya Touré partner Fernando in the middle of the pitch on Sunday.