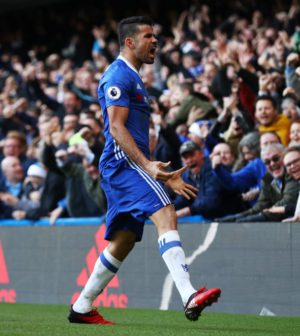 Chelsea can extend their lead over Tottenham Hotspur to nine points and Liverpool to 10 points after both sides dropped points on Saturday when the Blues host Hull City this afternoon.

By the time this match kicks off Arsenal could have moved into second place and five points behind their West London rivals, with victory at home to Burnley.

Three points for Antonio Conte’s side would give them a huge lead over their rivals that many would have to consider almost unassailable, especially as they are not in European action during the second half of the season.

Visitors Hull City have won two of their three games under new manager Marco Silva, all in different competitions – beating Swansea City 2-0 in the FA Cup, losing by the same scoreline at Manchester United in the EFL Cup and then beating Bournemouth 3-1 last weekend.

Here is the Chelsea team I think we’ll see taking on the Tigers at Stamford Bridge:

Goalkeeper: Thibaut Courtois
Chelsea got back to their clean sheet ways last weekend with the 3-0 thrashing of Leicester City.  They had previously shipped two goals versus Stoke City, two versus Tottenham and a consolation against Peterborough in the FA Cup, though Thibaut Courtois did not play in the latter.  I’m not a big fan of the Hull attack but they did score three last weekend, so who knows, the Belgian may be tested.

Defence: César Azpilicueta, David Luiz, Gary Cahill
This back three have an incredible defensive record since Antonio Conte switched to a 3-4-3 and I don’t see any of them being dropped or rested this weekend.  Kurt Zouma is match fit again but will find it hard to break into Chelsea’s Premier League XI until David Luiz and co start making costly errors.

Midfield: Victor Moses, Cesc Fàbregas, N’Golo Kanté, Marcos Alonso
Victor Moses and Marcos Alonso have very little competition for places in their positions and have no reason to be rested for this game.  Alonso helped himself to a brace in last weekend’s victory at the champions.  Moses often finds himself in good space down the right wing but his final ball has often been missing this season.  I think we’ll see Cesc Fàbregas start ahead of Nemanja Matić in a game where Chelsea will be looking to dominate possession and territory.  The Spaniard is of course a much better playmaker.  N’Golo Kanté can do the holding midfield job sufficiently on his own versus the Hull attack who may see very little of the ball in dangerous areas.

Attack: Pedro, Diego Costa, Eden Hazard
Diego Costa is back in the squad and expected to go straight back into the starting lineup.  Rumours of a move to China have died this week so expect the Spaniard to be fully focused on Chelsea, at least until the end of the season.  Eden Hazard will play down the left looking to tear Hull’s defence apart.  Midfield David Meyler started in the right-back role last weekend for the Tigers.  Pedro could get the nod ahead of Willian having shown good performance in his past couple of games.

Here is how Chelsea line up: