Off to Stamford Bridge? Chelsea Given Massive Boost in Chase for £35m Star 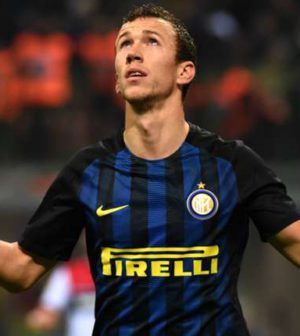 Chelsea have been handed a massive boost in their pursuit of highly-rated Internationale attacking midfielder Ivan Perišić.

The former Borussia Dortmund and VfL Wolfsburg midfielder has scored seven times for Inter in all competitions so far this season.  It is said that the Italian giants are ready to sell the 27-year-old in order to raise money needed to sign Marco Verratti from Paris Saint-Germain in the summer.

Perišić, who has also been linked with a move to Manchester United, Arsenal and Liverpool, was voted the Belgian Pro League Player of the Season the same year that Chelsea brought Romelu Lukaku to English football.

According to the reports, Inter Milan are ready to cash in on their star for £35 million which is a price any of the aforementioned interested parties can afford effortlessly. However, would Chelsea be prepared to bring in a left-sided attacking midfielder for £35 million when he is unlikely to replace Eden Hazard in that role?

Ivan Perišić is capable of playing on both the right wing and in a number 10 role but he has been much more effective in Germany and Italy when playing down the left.

Chelsea may be better off going after a prolific striker for that figure instead. And for an extra £5 million more than what Inter are said to be asking for Perišić, they could sign the highly-rated Mauro Icardi instead.  The Argentine is having yet another spectacular season in Serie A.

Icardi can be considered be a far better option than Perišić, especially considering the cloud of doubt surrounding the future of Diego Costa at Stamford Bridge. On top of that, Antonio Conte appears to have little faith in Michy Batshuayi at the moment, having played Eden Hazard as the makeshift striker in the two games Costa has been absent for recently.

The big summer signing from Marseille has yet to start a single Premier League game so far this season and has been limited to late substitute appearances.