Chelsea Ready to Agree £38.9m Signing of Man Utd Target, Could be Done in Days 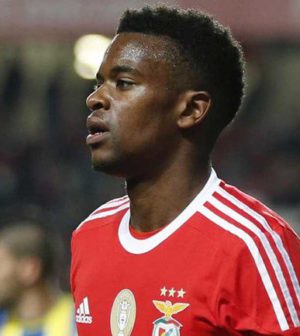 Having sold Oscar and John Obi Mikel earlier this month, Chelsea are yet to bring in any players. And despite the Blues looking like they will be run away winners of the Premier League this season, there are still many reports in the media that manager Antonio Conte is not satisfied with the current Chelsea squad and is actively seeking to bolster the team further.

Reports from the Portuguese media that have been re-echoed by the British press claim that Chelsea are on the verge of reaching an agreement with Benfica to sign their highly-rated right-back Nelson Semedo.  They suggest a deal could be worth as much as €45 million euros (£38.9m) between the two clubs as the player reportedly has a release clause inserted in his contract for that amount.

Semedo is a very versatile player who is more at home in the right-back position. He would be a good signing for the Blues and be useful to Conte in his preferred 3-4-3 formation. The Portuguese defender has been key for Benfica this season. He also gets forward – in 29 appearances in all competitions for Benfica this season, he has scored twice and recorded six assists.

Should Chelsea sign Nelson Semedo, he will be a good competition for current Chelsea right wingback Victor Moses. According to reports this week, Benfica’s president Luis Filipe Vieira has been in London to drum up interest in his players, it will not be a surprise if a deal is agreed in the next few days.

However, Chelsea will have competition from Manchester United for the defender as the Red Devils are also said to be interested in the player and you could see why. United only have the ageing Antonio Valencia as a reliable right-back at the club so signing Semedo would make a lot of sense for José Mourinho’s side.