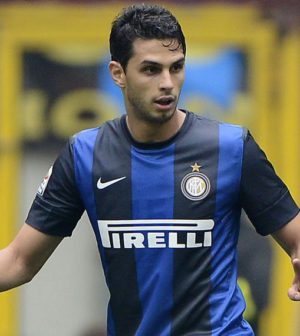 Tottenham Hotspur star Jan Vertonghen picked up an ankle injury during their 4-0 thrashing of West Bromwich Albion that is expected to keep the Belgian out of action for six weeks.

The Belgian international had been part of a successful back three in recent weeks alongside Toby Alderweireld and Eric Dier.

Kevin Wimmer stepped in to the defence in place of the injury Vertonghen during Saturday’s 2-2 draw at Manchester City.  Alderweireld left the field during the second half with an injury of his own but manager Mauricio Pochettino is confident that it is not serious.

However, it appears the North London club are looking to bring in another centre-back this month to cover Vertonghen’s loss and potentially play alongside the former-Ajax man in the long run.  Reports from Italy say that Tottenham have held a meeting with the agent of Internazionale defender Andrea Ranocchia.

The 28-year-old is not wanted by the Italian giants and has only featured in five Serie A games for them this season.  Ranocchia has 21 caps for the Italian national team and remains a highly-rated defender.  What’s more, Inter may be keen to sell this month in order to raise funds for their own purchases.

Italian outlet Calcio Mercato reported on Sunday that Spurs have held a meeting with the player’s agent over the weekend which could suggest that the Premier League side competing for UEFA Champions League football next season may be making a move for Andrea Ranocchia this month.