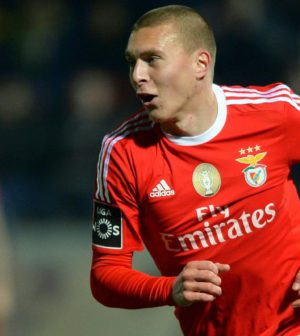 With the series of injuries John Terry has suffered this season, Chelsea could do with the signing of another centre-back. And Blues boss Antonio Conte is already working on a deal to land one in the summer.

The Italian’s key target is said to be Victor Lindelöf of Benfica. Manchester United are also strongly linked  with the Sweden international and reportedly watched both Lindelöf and Nelson Semedo play for the Portuguese champions last weekend.  Several reports last month even suggested United had agreed a deal with Benfica for the 22-year-old, but now it appears the reports were way off the mark and that Chelsea could hijack the move.

Chelsea signed David Luiz last summer and he has formed a formidable partnership with Gary Cahill and César Azpilicueta in Conte’s 3-4-3 formation. However it appears Conte is not satisfied with the quantity of his centre-backs. Aside from Cahill, Luiz and Terry, Chelsea only have the injury-prone Kurt Zouma, so should Terry leave in the summer, Chelsea will certainly need a replacement.  Terry’s contract is due to expire at the end of the season.

Victor Lindelöf can certainly fit the bill. However, he won’t come cheap with various reports claiming he will cost any interested party as much as £40 million. His versatility does mean that he will be useful for whichever club wins the race for his signature, whilst he has plenty of years ahead of him too.

Should Chelsea complete a deal, it will be a double-edged sword for the Premier League leaders as his signing will not only make Chelsea stronger, but also prevent United from improving.