Arsenal Favorites To Sign £51.6m-rated Star Ahead of Chelsea; Fans Will Love Him 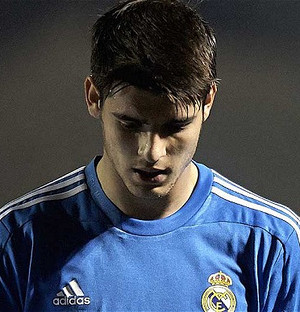 Arsenal were linked with the signing of various strikers last summer. And it was no surprise as Arsenal only had Olivier Giroud and a then-injured Danny Welbeck as the only real strikers at the club. Many Gunners fans were calling for the signing of a striker. One of the striker’s Arsenal were linked with at the time was Álvaro Morata, who was at Juventus at the time.

It was then reported back in the summer that Arsenal were ready to reach an agreement with Real Madrid to sign Morata, with reports claiming the the UEFA Champions League winners were ready to activate their the buy-back clause which existed in Morata’s contract. Madrid had smartly inserted the clause when they sold him to Juventus.

Unfortunately, despite the intensity of the reports last summer, Álvaro Morata moved back to the Madrid giants and was kept in the team rather than sold on to another club for a profit. Chelsea reportedly tabled a bid of £60 million which was rejected by Zinedine Zidane’s side. A situation which must have forced Arsène Wenger to reconsider his stance on signing the former-Real Madrid youth team star.

Arsenal have however been once again linked with the signing of the former-Juventus striker. According to Diario Gol, the player is ready to force through a move away from the Santiago Bernabéu Stadium as he is not getting enough playing time. This is coming weeks after Madrid president Florentino Pérez confirmed Morata could leave the club for €60 million (£51.6m).  According to the report in Diario Gol, Arsenal are the favorites to sign the 24-year-old. ahead of Chelsea.

The good form of Karim Benzema has reduced Morata to just substitute appearances – a situation that has left the player frustrated, which means Arsenal could finally get their man if Wenger still wants him.

Álvaro Morata is no doubt a good striker but it remains to be seen if Wenger still wants him. Arsenal fans will certainly love to have Morata at Arsenal, but the question is, does their manager see value? That is the most important question unfortunately.