Chelsea Enter The Race to Sign Antoine Griezmann, Could Use Costa in Swap Deal 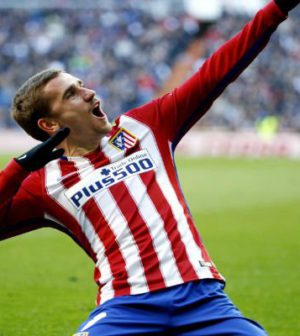 Only last week reports emerged that Manchester United had agreed personal terms with France and Atlético Madrid attacker Antoine Griezmann. However, the latest reports indicate that Chelsea and Antonio Conte have entered the race for the signature of the 25-year-old.

Griezmann reportedly has a €100 million (£85m) release clause in his contract, and if triggered, Atlético may have no other choice than to sell, especially if the player himself wants to move. However, Manchester United remain the favorites for the signature of the Frenchman.

What could work in Chelsea’s favour is the fact that the Blues and Atlético Madrid have a good working relationship, and with Diego Costa being a target for the Spanish club, the Premier League leaders could agree a cash plus Costa deal.

According to reports, Costa is unsettled in West London and was the subject of a reported £570,000-a-week offer from China earlier this month. Arsenal are also said to be interested in signing the Frenchman in the summer but as we all know the Gunnners are very unlikely to pay Griezmann what Chelsea and Manchester United are able to offer.

Where will Griezmann go?

He is highly sought after but if comments attributed to him claiming he wants to play in the same club as his fellow country man Paul Pogba one day, is anything to go by, then he is very likely going to move to Manchester United this summer. There is a chance that Real Madrid will enter the race for his signature in the summer but Atléti will more likely prefer to sell to a club outside of Spain.