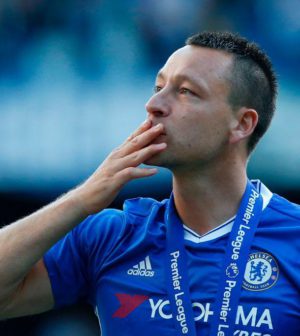 Championship side Aston Villa have made an offer to sign free agent John Terry, according to Sky Sports.

The 36-year-old left Chelsea at the end of this past season having not been offered a new contract by the club he joined as a 14-year-old.

Terry made only six Premier League starts this past season as Antonio Conte predominately stuck with César Azpilicueta, David Luiz and Gary Cahill as his back three in his debut season at Stamford Bridge.

Sky Sports understand that Aston Villa are one of a number of clubs to have made an offer for the former-England captain.

The report says that Villa manager Steve Bruce even played golf with the centre-back over the weekend where they talked about the possibility of Terry joining the Midlands club.  Bruce was previously keen to sign Terry as a youngster when he was in charge of Huddersfield Town.

Aston Villa are expected to push for promotion in 2017-18 after a disappointing first season outside the Premier League.  Manager Steve Bruce has a wealth of experience in the second tier and has been promoted on more occasions than any other manager.  John Terry’s experience would certainly be invaluable to any promotion charge.