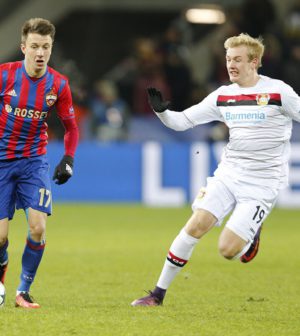 Arsenal are close to completing their second signing of the summer with a £10 million move for CSKA Moscow midfielder Aleksandr Golovin,  according to reports.

Golovin has only recently turned 21 and already has 12 caps for the Russian national team.  He has been a regular in the CSKA side for the past season-and-a-half having made his debut as an 18-year-old.

The Mirror are reporting that although Arsenal could sign him this summer he may return to CSKA immediately on a season-long loan.

Arsenal started their summer transfer activity with the signing of defender Saed Kolasinac on a free transfer from Schalke 04 earlier this month.

Aleksandr Golovin is under contract with the 2017 Russian Premier League runners-up until 2021 which should put CSKA Moscow in a strong position to demand a satisfactory transfer fee.  The youngster scored three goals and assisted four goals in 20 league appearances this past season.

Gunners boss Arsène Wenger is set to rebuild his squad this summer after missing out on UEFA Champions League football for the first time in more than two decades.  Whilst neither Kolasinac or Golovin will raise too many eyebrows, the former has the potential to strength Arsenal’s back three and the latter could be seen as a prospect for the future.

However, Arsenal could be set to lose superstar Alexis Sánchez.  The Chilean is entering the final 12 months of his contract with no suggestion that he is going to sign an extension.  Both Manchester City and Bayern Munich have been strongly linked with a move for the 28-year-old.