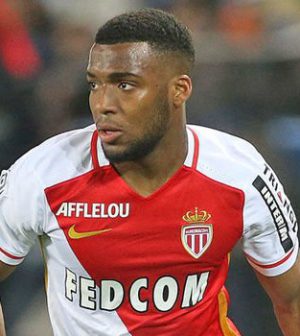 Arsenal have so far had two bids rejected for AS Monaco’s Thomas Lemar this summer, but according to reports, the Gunners remain confident they can still sign the Frenchman and are readying a new offer worth £45 million plus add-ons which they hope will be good enough to sign the French international, according to The Sun.

Arsène Wenger is apparently a big fan of Lemar and probably sees him as the closest to former-Arsenal attacker Robert Pirès. The 21-year-old’s playing style and ability certainly is certainly somewhat reminiscent. Wenger has already made two signings so far this summer. The Gunners boss has paid a club record £46.5 million for Alexandre Lacazette who was signed from Lyon, and Sead Kolašinac joined on a free transfer from Schalke 04.

With Theo Walcott inconsistent as ever and Alex Oxlade-Chamberlain looking like he has found another role in the current Arsenal lineup, it is no a surprise Wenger is keen on signing Lemar. Although some reports have indicated that Wenger wants the French international as a replacement for Alexis Sánchez who is expected to leave the Emirates this summer. However, Arsène Wenger himself insists Sánchez will not leave Arsenal this summer.  This may mean Lemar is being targeted to bolster Arsenal’s squad for the upcoming season.

Thomas Lemar was one of AS Monaco’s best this past season in a campaign they overachieved by winning the French Ligue 1 title and reaching the UEFA Champions League semi-finals. He was initially linked with a move to Tottenham, but according to reports, Spurs have pulled out of the race for the signature of the high-rated attacker.

His versatility means he would be useful for Arsenal in a number of positions should they be successful in their attempt to sign him. He can play as a right winger as well as on the left wing and in central midfield.

Lemar’s wage demands are unlikely to be a problem for Arsenal who seem to have finally relaxed their stringent wage structure. The Metro claim he and Arsenal are in agreement on personal terms which may not be far of the mark.

What could be a deal breaker for Arsenal is the fact that Monaco have already sold some of their key players this summer and may not want another one to leave especially as no one still knows what Kylian Mbappé will be playing his football next season.