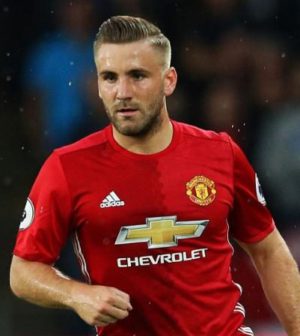 José Mourinho has spoken to the media at his press conference today to give a team news and injury update ahead of Tuesday’s UEFA Super Cup tie with Real Madrid.

The Manchester United manager was able to confirm that he will be without six first team players against the Champions League holders in Macedonia.

Confirmed on ManUtd.com, Luke Shaw remains sidelined with a foot injury, Ashley Young has a hamstring problem and Marcos Rojo is still rehabilitating from a serious knee ligament injury picked up in the final weeks of last season.

Eric Bailly is sitting out the second game of his three-match ban after being sent off in United’s Europa League semi-final win over Celta Vigo back in May.

Phil Jones is also suspended for Tuesday night’s game after he was handed a two-match ban for allegedly verbally abusing a doping official after United’s Europa League win.

Manchester United will be without a fifth defender as Timothy Fosu-Mensah is close to joining Crystal Palace on loan and has therefore not travelled with the squad.

José Mourinho could hand a debut to summer signing Victor Lindelöf in defence, or go with Chris Smalling and Daley Blind, whom paired up well at times last season.  Antonio Valencia and Matteo Darmian are options at full-back.

The Portuguese manager also hinted that Nemanja Matić may not start versus Real Madrid as the arrival from Chelsea is not yet ready to play a full 90 minutes.

“With Phil Jones, I was expecting the appeal [against the ban] to be negative. No Phil Jones, no Eric Bailly and no Tim Fosu-Mensah because, in this moment, Tim is probably going on loan to another club. So we made the decision not to travel with him.

“The injuries are the long-term [ones] that you all know about – Luke Shaw, Ashley Young and Marcos Rojo. Apart from that, everybody is available. Obviously, Matic is available but not available like the others.”

£75 million summer signing Romelu Lukaku is expected to go straight into the starting lineup to face the world football giants, though both Marcus Rashford and Anthony Martial are both fit and available to start up front.