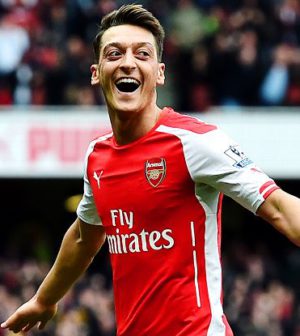 Arsenal are facing a selection crisis ahead of their 2017-18 Premier League opener versus Leicester City at the Emirates on Friday night as the Gunners are set to be without as many as 10 first-team players.

This was confirmed by Arsène Wenger at his pre-match press conference today where he gave the media a report on his latest team news and injuries.

The Gunners has suffered a fresh blog as Wenger was able to confirm that Alexis Sánchez will not take any part in the game against Leicester due to an abdominal strain that will keep the forward sidelined for at least two weeks.

Sánchez suffered his setback in training on Sunday morning ahead of the FA Community Shield win over Chelsea, ruling him out of the Premier League matches against Leicester City and Stoke City.  It is not yet known whether the Chilean star will be fit to return to face Liverpool at the end of the month.

“He had a little abdominal strain that he caught on Sunday morning in training, before he came to Wembley. He had a scan two days ago and he’s out for a while – I don’t know if it is two weeks or one more week, but he will not be available. I think he will not play at Stoke.”

This will come as a huge blow to Arsenal, though the player’s future at the club is still in doubt as he refuses to sign a new contract, now in the final 12 months of his current deal.  Sánchez has been under much speculation surrounding a move away from the Emirates with Manchester City and Paris Saint-Germain currently heavily linked.

Further bad news is that Per Mertesacker is a doubt for Friday’s game after receiving a laceration on his face on Sunday after receiving an elbow from Chelsea centre-back Gary Cahill.  The German centre-back stepped into the middle of the back three to replace the absent Laurent Koscielny.  The Arsenal captain will be suspended for the Leicester tie following his dismissal on the final game of last season.

Gabriel Paulista is out with a knee injury and Shkodran Mustafi is not up to full speed after arriving to pre-season late due to his participation in the summer’s FIFA Confederations Cup.  This means Arsène Wenger could be without as many as four centre-backs in their first Premier League game of the season.  The back three could consist of Rob Holding, Sead Kolašinac and Nacho Monreal.

Another player who is a doubt to face Leicester is midfielder Aaron Ramsey.  The Welsh international missed the Community Shield with a calf injury and Wenger was unable to confirm whether he’ll be ready on Friday.  Santi Cazorla, Francis Coquelin and Jack Wilshere are all sidelined in centre midfield, so the Gunners boss may only be left with Granit Xhaka and Mohamed Elneny to start.

The 10th player who could be missing for Arsenal is Mesut Özil.  The German playmaker also missed the Community Shield and Wenger confirmed that Özil is still feeling the effects of an ankle injury.

The Express have quoted Wenger as saying:

“Plenty of uncertainties about players who didn’t play against Chelsea – Ramsey, Özil, Mertesacker. I have players coming back who have not played [Mustafi].”

Arsenal are heavy favourites to start the season with a win but the match has the potential to turn into a nightmare with the lack of options that could be available to the manager.  One positive is that record signing Alexandre Lacazette is fit to make his Premier League debut.