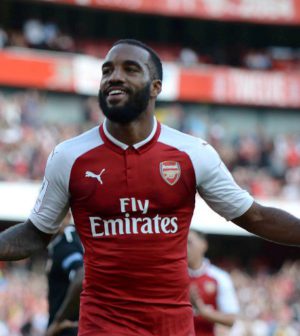 The 2017-18 Premier League season kicks off at the Emirates this evening as Arsenal host Leicester City.

Arsenal will be hoping to get off to a winning start despite a number of absentees, including Laurent Koscielny (suspended) and Alexis Sánchez (injured).

Leicester have spent big money on three players so far this summer but only Harry Maguire will make his debut from the start.

Sead Kolašinac is handed his full Arsenal debut after coming off the substitute’s bench to score the Gunners’ equaliser in last weekend’s FA Community Shield.  It appears he’ll play on the left-hand side of the back three with Nacho Monreal in the middle.

Arsène Wenger has named Shkodran Mustafi among the substitutes though the German is believed to be lacking match fitness.  Laurent Koscielny is suspended and Gabriel Paulista injured.

Mohamed Elneny and Granit Xhaka start in the centre of midfield with Aaron Ramsey only fit enough to be a sub.  Mesut Özil has shaken off his ankle injury to start.

£25 million summer signing Kelechi Iheanacho only makes the bench as Craig Shakespeare goes with Jamie Vardy and Shinji Okazaki up front in his 4-4-2.  There is still no place in the starting lineup for Demarai Gray.