Don't Miss
Home   >   Arsenal   >   Does This Confirm Alexis Sánchez is Signing for PSG?

Does This Confirm Alexis Sánchez is Signing for PSG? 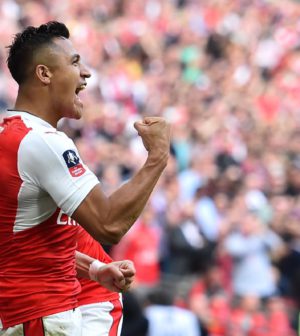 Arsenal star Alexis Sánchez has been the subject of much transfer speculation this summer.

The Chilean is in the final 12 months of his contract at the Emirates and has refused to put pen to paper on a new deal.

Sánchez has been strongly linked with a move to the likes of Manchester City, Bayern Munich and Paris Saint-Germain over the summer.

Indeed, French Ligue 1 side PSG were reportedly interested in paying £80 million for the 28-year-old earlier this week.

Whilst Arsène Wenger has denied that his superstar will be sold this summer, the player’s actions on Twitter today have strongly hinted a move to Paris Saint-Germain is on.

Alexis Sánchez Tweeted this moments ago:

The key is not in the text written by the forward but the location of his Tweet, as per below: 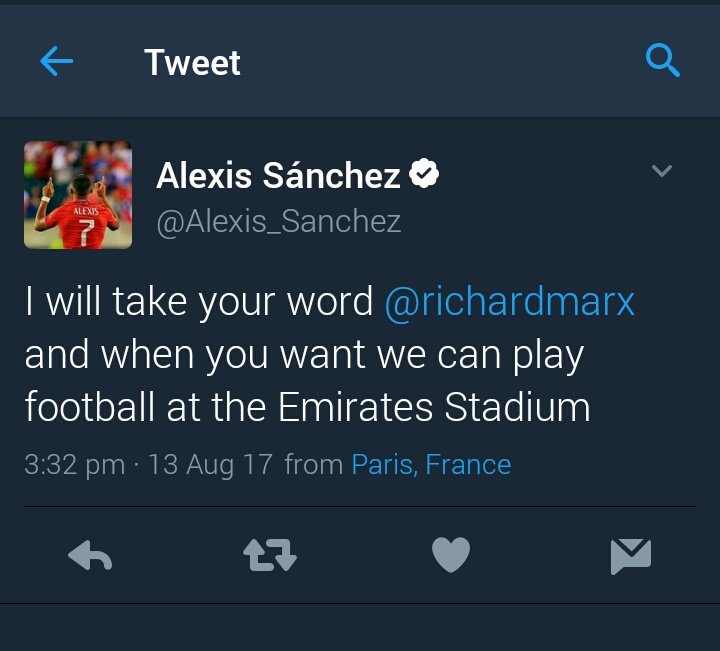 Arsenal kicked off their Premier League campaign on Friday night with a thrilling 4-3 victory over Leicester City.  Alexis Sánchez did not feature due to a supposed injury that his manager said would keep him out of action for two weeks.

Whether the player feels the French capital is the best place to recover from his injury is certainly debatable.  One simply has to think Alexis Sánchez is in Paris to wrap up a move to PSG…