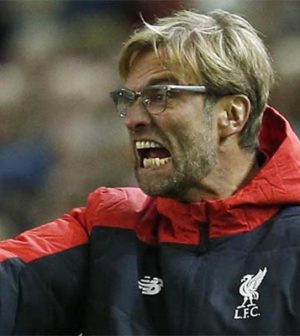 Liverpool were held 1-1 at Newcastle United by former manager Rafael Benítez as the Reds have fallen seven points behind joint-Premier League leaders Manchester City and Manchester United heading into the international break.

Jürgen Klopp’s side dominated the opening 35 minutes and deservedly led 1-0 at that point through Philippe Coutinho.

However, the Merseyside club failed to get back to their best in play after Joselu equalised against the run of play on the counter attack when Joël Matip failed to deal with a through ball.

Speaking in his punditry role on television, former-Liverpool defender Jamie Carragher told Sky Sports (as quoted by the Liverpool Echo):

“It sums Liverpool up defensively. In total control and they concede yet again. How many times have we got to say it?

“A lack of concentration has cost Liverpool yet again and whenever they concede chances they are always big chances.

“You do think, where would Liverpool be without Philippe Coutinho right now?”

Philippe Coutinho missed Liverpool’s opening four games of the season through injury in which his side picked up seven points from four games.  They have picked up five points from their three games since the Brazilian’s return, though this does include a draw at home to Burnley, compared to facing the likes of Manchester City and Arsenal in his absence.

Liverpool legend Carragher explained why his former side won’t be Premier League title contenders once again this season:

“Do I think Liverpool are a genuine title challenger this season? No. The summer transfer window did not go well for them.

“They didn’t fix the problems they needed to in the summer.”

Klopp spent the summer chasing Southampton’s highly-rated centre-back Virgil van Dijk but there was no plan B for the club when they failed to land their target.

This has left Liverpool with Dejan Lovren and Joël Matip at centre-back – neither have looked impressive for the club but both maintained their place in the starting lineup heading into the 2017-18 season regardless.