Barcelona will come back for Liverpool star in January 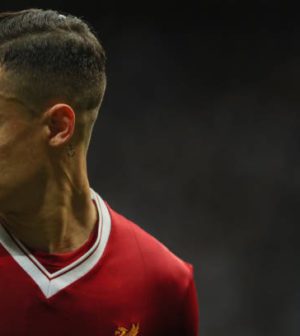 Barcelona will come back with a bid for Liverpool star Philippe Coutinho in January, according to reports in Spain.

Spanish outlet Mundo Deportivo are today reporting that the Spanish giants will offer the Premier League side €80 million up front plus a further €30 million in add-ons, which totals £97 million.

Ernesto Valverde’s side were hot in pursuit of the Brazilian over the summer but Liverpool refused to sell.

Barcelona were in search of a replacement for Neymar who was signed for a world record £222 million by Paris Saint-Germain when the French Ligue 1 club matched his buy-out clause.

The Catalan club did make Ousmane Dembélé the second most expensive player in the world in a deal worth up to €145 million (£130m) including add-ons.  However, the 20-year-old was ruled out for up to two months in September when he went down with a hamstring injury in his first La Liga start.

Coutinho was believed to still be a target of Barcelona’s in the summer even after signing Dembélé.  The attacking midfielder is proving his worth at Liverpool since coming back from his pre-season injury to score three goals in three appearances for Liverpool so far this season.