Chelsea send scouts to Italy to check out 2 players 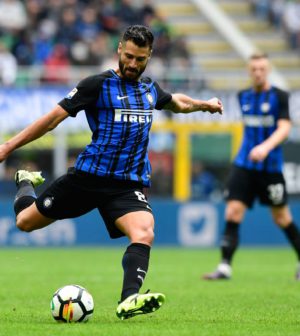 Antonio Conte has sent scouts to his homeland to check out the progress of two players in Italy’s Serie A on Sunday.

According to FC Inter News, Chelsea scouts will be at the San Siro for the Sunday evening game between Internazionale and Atalanta.

The report states that Conte wants his staff to check out the Inter duo of Milan Škriniar and Antonio Candreva.  He only arrived at the San Siro this past summer following a move from fellow Serie A side Sampdoria.

Škriniar, 22, is a regular in Luciano Spalletti’s defence and a regular for the Slovakia national team.

With David Luiz’s future coming into question in recent weeks following his reported bust up with the manager and subsequent benching, it’s certainly possible that Antonio Conte is on the look out for a replacement centre-back at Stamford Bridge.

Likewise, Antonio Candreva is a regular in the Inter first team, playing on the right wing this season.  He was previously a standout wingback at Lazio before moving to Milan in 2016.  He had scored double figures in each of his last three seasons in Rome but has yet to score in a dozen appearances for Inter this season.

Candreva appears to have lost confidence in front of goal this season, which included missing a good chance for Italy in their second leg of the 2018 World Cup playoffs last week which saw them eliminated by a solo goal to Sweden.

The Italian, now 30, has recorded four assists in the league this season.  Victor Moses was the starting right wingback for Chelsea last season in their Premier League title-winning campaign but is currently out with injury.  Davide Zappacosta has taken his place in the meantime.

Whether Chelsea are preparing a bid for either Škriniar or Candreva, the report does not say.