Man Utd could lose star on free transfer in the summer 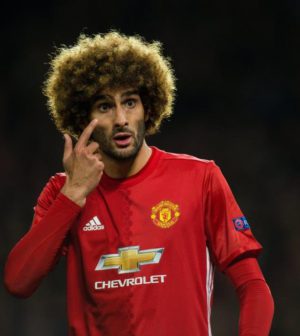 Manchester United could lose Marouane Fellaini on a free transfer next summer as the Belgian has rejected an offer of a new contract, according to reports.

The Belgium international had been crucial to United’s success early in the season before picking up an injury whilst away with his country at the start of October.

Fellaini is in the final year of his current deal at Old Trafford and would be able to arrange a pre-contract with a new club as early as January if the Premier League giants haven’t tied him down to a new deal before then.

Today the Sun are reporting that Marouane Fellaini has stalled on signing United’s latest contract offer amid interest from Turkish Süper Lig side Beşiktaş.  The Red Devils put an offer on the table to the midfielder in September.

The Sun report that Fellaini is currently earning £120,000-a-week at Old Trafford and has been offered a new two-year deal.

Players moving on free transfers are able to request higher wages and signing-on fees due to no transfer fees being involved.

Marouane Fellaini turns 30 next week and has made 96 Premier League appearances for the Red Devils since David Moyes brought him with him from Everton for £27.5 million in 2013.