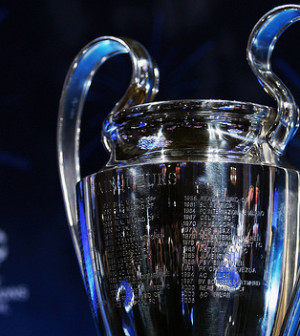 After winning their Champions League group, Manchester City have been handed a favourable draw in the second round as they will take on FC Basel of Switzerland, with the first leg away next month.

Pep Guardiola’s side overcame the likes of Napoli and Shakhtar Donetsk to win their group with a game to spare and in the process have become the bookmakers’ favourites to win this season’s competition.

Indeed, the Citizens are prices at 7/2 with Bayern Munich and Paris Saint-Germain joint-second favourites at 11/2.

Whilst their 12-point lead in the Premier League may appear to give Guardiola the opportunity to rest players in league games either side of the latter rounds of the Champions League, the same can be said of many other of Europe’s elite.

Bayern Munich have an unassailable 16-point lead over Bayer 04 Leverkusen in the German Bundesliga, meaning Guardiola’s former club can fully focus on the Champions League between now and May.  The German giants have been drawn against Beşiktaş in the next round.

In France, Paris Saint-Germain are widely expected to win Ligue 1 and are backing that up with an eight-point lead at the top despite losing to second place Lyon on Sunday.  However, Unai Emery’s side have been handed the trickiest of second round ties among the favourites as they take on defending champions Real Madrid.  Or perhaps we should say, Real Madrid have been handed the trickiest tie.

According to a few soccer betting sites, Madrid’s rivals Barcelona currently have an 11-point lead over Atlético Madrid in La Liga meaning that Ernesto Valverde can focus on the Champions League this season too.  They have been drawn Chelsea next and whilst the defending English Premier League champions aren’t in an ideal position to rest players either side of their two matches against Barcelona, the Catalan club certainly can.

To save his Real Madrid job Zinedine Zidane may need to win the Champions League for a third straight year as his side are 19 points behind Barcelona and therefore out of the domestic title race this season.

Juventus are having the toughest time of it domestically as they still trail Napoli by one point in Serie A.  Their league rivals are also out of the Champions League, and although they are in the Europa League, perhaps their focus on the domestic title could prove a big blow to Juventus in terms of not being able to rest players in Europe.  The Italian giants have a tricky tie lined up against Tottenham Hotspur in round two.

So can Manchester City go all the way?  They certainly can.  It will be March when the quarter-finals come around, which by then they can have the Premier League all-but sewn up, meaning Pep Guardiola can full focus on the Champions League.  However, over the next few weeks his side really need to tighten up the defence.

Liverpool recently put four past Ederson and co which will be music to the ears of Barcelona, PSG, Bayern Munich and others if they are drawn against the Premier League side in the latter stages of the Champions League.  Fix that and the likes of Kevni De Bruyne, Sergio Agüero, David Silva, Leroy Sané and Raheem Sterling certainly have the ability to take City very far.