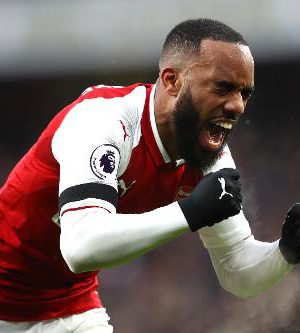 Arsenal could be without superstar Alexis Sánchez in the very near future following the speculation that suggests the Chilean will be on his way to Manchester United in the coming days.

That didn’t affect the Gunners’ performance today as they were handsome 4-1 winners at home to Crystal Palace, in which they led 4-0 after only 22 minutes.

Left wingback Nacho Monreal opened the scoring after only six minutes before setting up the next two goals – Alex Iwobi on 10 minutes and then fellow defender Laurent Koscielny.  The Spaniard, many fans’ man of the match, went off injured after 34 minutes, but not before Alexandre Lacazette added a fourth midway through the second half.

Luka Milivojević scored a late consolation for Roy Hodgson’s side who drop to 13th in the Premier League table – four points above the relegation zone.

Arsenal came out in a 4-1-4-1 formation today with Mohamed Elneny in front of the back four and Granit Xhaka and Jack Wilshere in front of the Egyptian. Alexis Iwobi scored from the left wing and Mesut Özil registered an assist from the right.

Arsène Wenger admitted on Thursday that Alexis Sánchez is “likely” to join the Red Devils with suggestions that it will be an exchange deal for Henrikh Mkhitaryan.

Arsenal host Chelsea in the second leg of their EFL Cup semi-final on Wednesday after holding the Premier League champions to a 0-0 draw at Stamford Bridge last week.

It will be interesting to see what formation Wenger comes out with, whether Sánchez will be around, and whether he will feature, and if not, who the attacking players will be for the Gunners midweek.