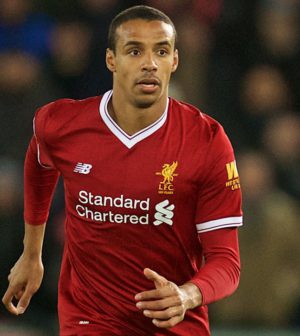 Liverpool host Manchester City in the first leg of their UEFA Champions League quarter-final at Anfield on Wednesday in one of the most-anticipated ties of the round.

Jürgen Klopp‘s side head into the first leg off the back of a 2-1 win at Crystal Palace in the Premier League on Saturday, and ahead of the Merseyside derby at Goodison Park this weekend.

Prior to the game, Klopp has spoken to the media at his pre-match press conference this afternoon to give a team news and injury update ahead of the visit of Pep Guardiola’s side.

The Reds boss confirmed earlier today that centre-back Joël Matip will be out for the remainder of the 2017-18 season through a thigh injury suffered this past weekend.  Dejan Lovren is expected to replace the Cameroon international alongside Virgil van Dijk in the back four.

Matip actually completed the full 90 minutes at Selhurst Park and didn’t realise the injury was so serious until the results came back during the week.  Klopp also confirmed that fellow defender Ragnar Klavan remains out.

Another player who went down with an injury against Crystal Palace was influential midfielder Adam Lallana.  The England international picked up a hamstring injury, and although Lallana will be back before the season is over, he is ruled out indefinitely on Wednesday.

Right-back Joe Gomez is out for another 2-3 weeks, meaning Trent Alexander-Arnold or Nathaniel Clyne will start at right-back.  Youngster Ben Woodburn has also been ruled out of tomorrow’s game.

One piece of positive injury news for Liverpool fans is that Emre Can could be fit to face Manchester City at Anfield, despite the midfielder not training for almost two weeks due to a back injury.

Jürgen Klopp on Matip: "Joel is out for the rest of the season, no doubt about that. He should be back for pre-season."#LFC

Jürgen Klopp on Can: "Emre will at least be very, very close for tomorrow. We will see."#LFC

"Adam we have to see. It is a hamstring injury which could have been worse. There's a chance he could be back by end of the season. Emre (Can) will at least be v close for tomorrow. @J_Gomez97 not involved, Ragnar Klavan not involved, If there's a centre-half in the room….

Klopp on Matip: "Joel was surprised, no one thought it would be this serious before he had the scan. Ragnar (Klavan) has no chance, we need to be sensible. Joe Gomez out for another 2 or 3 weeks."

Jürgen Klopp will be severely limited with options in defence, particularly with Virgil van Dijk and Dejan Lovren as the only recognised centre-backs that are fit.  James Milner and Alberto Moreno can play backup to Andy Robertson at left-back.

Should Emre Can not be fit to face City then it means the German coach will be without six of his first-team squad to face the soon-to-be Premier League champions in the first leg.