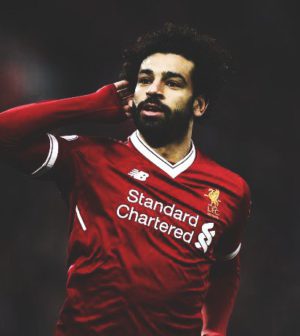 Liverpool host the first leg at Anfield this evening looking to take a lead to the Etihad Stadium for the return leg in six days’ time.

Jürgen Klopp confirmed on Tuesday that he could be without six first team squad players for the first leg.

Here is the side that I think will line up for Liverpool against Manchester City:

The German goalkeeper has proven himself to be Liverpool’s number one over the past couple of months with some fine performances, demoting Simon Mignolet to the backup role.

Liverpool have been hit with a big blow in defence as Joël Matip has been ruled out for the remainder of the season following a thigh problem picked up at Crystal Palace on Saturday.  With Ragnar Klavan also out of contention, Dejan Lovren will partner Virgil van Dijk in central defence as the only two recognised centre-backs available to the manager.  Andy Robertson keeps his place at left-back with Alberto Moreno the backup.  Joe Gomez will miss both legs at right-back.  Trend Alexander-Arnold could start this evening but Nathaniel Clyne is coming back into contention following a lengthy spell on the sidelines.

Further injury blows in midfield mean Emre Can is unlikely to start having missed nearly two weeks with a back injury.  Adam Lallana picked up an injury over the weekend that will keep him out of the tie.  Jordan Henderson will keep his place as the anchor man in a midfield three whilst James Milner is set to keep his place due to injuries.  I think we’ll see Alex Oxlade-Chamberlain recalled to the starting XI with Georginio Wijnaldum dropping to the bench.  The former-Arsenal midfielder offers more pace and flair to support the attack in what is expected to be an end-to-end game.

If Liverpool are to reach the semi-finals then it will be down to their attack.  The Reds put up four in a thrilling 4-3 victory over Manchester City in the Premier League back in January – the only defeat Pep Guardiola’s side have suffered in the league this season.  Mohamed Salah will be the key man down the right side as the Premier League’s top scorer, whilst Roberto Firmino has been in excellent form in 2018.  Although Sadio Mané hasn’t hit the heights of last season he certainly has something to offer down the left, particularly to exploit the space left behind by Kyle Walker bombing forward.

Here is how I see Liverpool lining up: 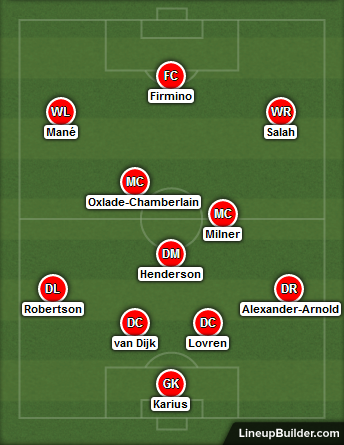