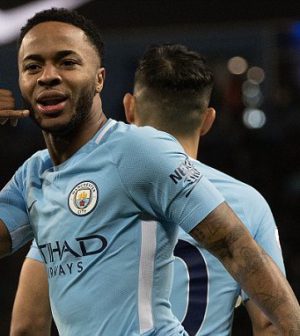 The match comes either side of the Manchester derby in which they could confirm the Premier League title with six games to go on Saturday.

Pep Guardiola’s side have been flying both domestically and in Europe, but their only Premier League defeat this season came at the hands of Liverpool when they went down 4-3 at Anfield back in January.

Here is the Manchester City team I think we’ll see taking on Liverpool:

The Brazilian is having a very good debut season at the Etihad but can expect to be in for a busy game at Anfield against Liverpool’s impressive front three of Mohamed Salah, Roberto Firmino and Sadio Mané.

John Stones missed out through concussion and Aymeric Laporte is a doubt, but I think Guardiola would have gone with Vincent Kompany and Nicolás Otamendi even if he had a fully fit back four to choose from anyway.  Kyle Walker is sure to start at right-back but there is competition on the opposite flank.  Danilo’s experience in this competition should give him the nod over winger-turned-left-back Oleksandr Zinchenko, with Fabian Delph being out of the first team frame for a couple of months.

Fernandinho will be the anchor man in midfield as Manchester City look to dominate possession and dictate the play.  Liverpool will be without Adam Lallana in midfield and potentially Emre Can too.  Down the wings Raheem Sterling scored on Merseyside at the weekend in the 3-1 win at Everton and will be looking to hurt his former club this evening.  Leroy Sané also scored on Saturday and his pace and trickery could cause real problems for Liverpool’s defence who are expected to have youngster Trent Alexander-Arnold at right-back due to Joe Gomez’s injury.  Kevin De Bruyne and David Silva have been unlocking defences all season – don’t expect any changes in this one.

Pep Guardiola confirmed on Tuesday that Sergio Agüero won’t feature this evening, so Gabriel Jesus will retain his position as the striker.  Although the Brazilian did score at the weekend he’s failed to the heights of last season.  However, with Liverpool’s porous defence and the creative players around him, don’t be surprised to see Jesus on the scoresheet.

Here is how I see Manchester City lining up at Anfield: 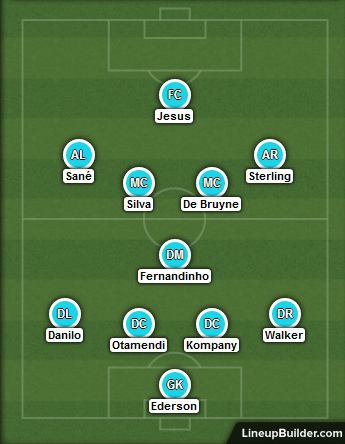