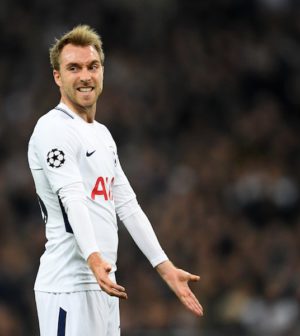 Chelsea fans have been disappointed after the club’s latest defeat against Tottenham over the Easter weekend. The skies over Stamford Bridge were a sullen grey during the match, in line with the club’s dismal performance this season.

Unlike the previous 28 years that have seen Tottenham lose repeatedly at Stamford Bridge, this time Mauricio Pochettino’s side simply refused to give in.

The defeat has spelled good news for both Tottenham’s fans as well as punters looking to bet on the club, and such betting interest has further increased due to the growth of online gambling websites.

Furthermore, with the FIFA World Cup being round the corner, they’re offering all kinds of attractive offers (including free bets) to punters interested in betting on the showpiece event of the sport. Wondering how to get free bets for 2018 World Cup and make the most of such offers? Click on the link to find out! Getting back to Chelsea’s defeat, they’ve been really lacking in the self-belief department lately.

On the stroke of half-time, Christian Eriksen’s stunning strike levelled the scoreline and resurrected his side’s chances of winning the match, and in that moment it was evident to the Blues fans that once again an opposition goal had managed to crack Chelsea’s fragile morale this season. Amongst the Premier League teams, Burnley, Manchester City, Arsenal, Bournemouth and Manchester United had all managed to overcome Antonio Conte’s struggling side by targeting their lack of belief, an issue which has plagued the club all of this season.

The club’s manager spent a majority of the second half pacing around Chelsea’s technical area with his hands in his pockets, visibly perturbed about a potential loss, and this fear was realised in the 66th minute when Dele Alli scored the second of his two goals and sealed the match for his side. “Is there a fire drill?” sang the ecstatic Tottenham fans as the home team’s supporters shuffled out of the stadium after the final whistle, ashamed of their team’s disappointing performance.

A need to rethink Abramovich’s approach

The defeat against Tottenham is likely to have a discipling effect for Chelsea’s fans, who are also going to be forced to live with the consequences of the latest crisis affecting the club. Chelsea are a mess right now, and things are likely to get more turbulent with Conte’s impending departure, and such a state of affairs is ridiculous considering the amount of cash that has been pumped into the club since Roman Abramovich bought Chelsea back in 2003. Here’s all the latest news and transfer rumours related to Chelsea.

It is quickly becoming apparent that the repetitive boom-and-bust cycle is not avoidable for the Blues, which can be attributed to the rather rash approach that has been adopted by their owner in guiding the club. Despite owning Chelsea for over 15 years now, Abramovich does not have a board with a technical director to guide the club’s transfer strategy, and further his attitude of firing managers at the drop of a hat and throwing money at every problem is simply not working out as a sustainable strategy for the club.

There was a similar period in the club’s history during the 1960s and 70s, when defeat seemed almost inevitable at every match, and while Chelsea were able to recover from their slump at that time, it remains to be seen whether a similar revival can be achieved for the Blues yet again.