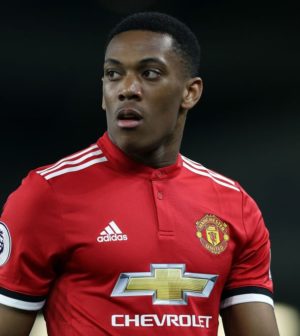 Going by the reports, Manchester United would agree to Anthony Martial joining Chelsea if and only if Willian, the blues forward was included as a part of the deal.

A good number of punters are already betting on the materialization of this potential swap deal. Furthermore, with the FIFA World Cup only being a little over a month away, everyone’s getting into the World Cup betting mood, and is already dabbling into multiple football markets, including transfers. If you too are interested in betting on the upcoming World Cup, make sure that you avail some highly reliable World Cup tips service to make profitable punts. The more you know about the games and the teams playing in them, the smarter and more strategic your bets will be, which is vital to ensure that you’re not just throwing you money away on blind gambling but are maximizing your odds of a desired result.

Now let’s find out what different online/offline publications are saying about this possibility.

As per Steve Bates of the Sunday Mirror, Manchester United’s current team manager José Mourinho has always been a huge Willian admirer, as he has worked with the striker during his second spell as in-charge of the Blues. He loves the strong mentality, team ethics and speed of the 29-year old Brazilian, however, would face an uphill battle and persuading his ex-employers to let the striker go.

Players and fans at Stamford Bridge are also believed to be huge admirers of Anthony Martial and Bates rightly noted that it’s highly likely that the Red Devils might opt for a potential swap of the players.

As per Bates, the decision-makers at Old Trafford would only consider letting Martial leave for the Londoners, if Willian was made a part of the deal. Further, Mourinho has been putting efforts to somehow bring Willian to Manchester United ever since he was made in charge of MU in 2016. The Portuguese manager didn’t waste any time in bringing Nemanja Matic, the ex-Chelsea midfielder, into the United’s fold.

Although Chelsea haven’t been performing very well this season, the Brazil international player has been the most consistent performer for the Blues overall.

Jack Pitt-Brooke, the journalist for the Independent was all praises for Willian earlier this season. He had tweeted that Willian had reached a new high in terms of his performance in the first-half of March 2018. His performances have been exceptional considering that he wasn’t even a part of the team in the early part of the season. There aren’t many players like him out there.

Willian is perceived as an incredible force during the final third. He has plenty of things going for his game – he’s very strong with the ball, technically outstanding and extremely quick too.

What really makes him stand out from the crowd is the way he applies himself on the field, something that appeals greatly to Mourinho. Additionally, he’s quite comfortable playing on the front line and is always forthcoming to put the difficult yards in for whichever team he shows up for.

The Guardian reported that Manchester United may want to look for a new forward soon as rumours are ripe that Martial also doesn’t want to stick around at United for long. As per Dominic Fifield, The Guardian’s journo, Chelsea have shown interest in the French international player.

He hasn’t had a very good time at United, and has always gotten beaten by Marcus Rashford and Alexis Sanchez for a place in the side, especially during the second half of the season. Unfortunately, whenever he’s been handed an opportunity, he hasn’t delivered the goods.