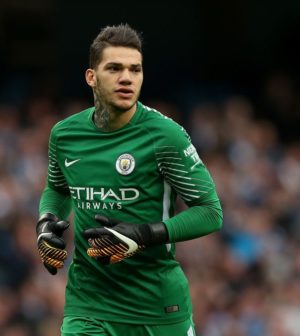 Manchester City goalkeeper Ederson has extended his contract by a further two years at the Etihad Stadium, the club have today confirmed.

The deal keeps the Brazilian tied down until 2025.

Ederson joined Manchester City from Benfica in a £35 million deal last summer and established himself as one of the best in the Premier League during his debut campaign.  He has been an excellent shot stopper who provides quick distribution of the ball.

The 24-year-old played in 30 victories in his 36 appearances, keeping 16 clean sheets along the way as part of Manchester City’s record-breaking, title-winning campaign.

Ederson made his debut for the Brazil national team last year, and despite that being his only cap to date, he is expected to be part of the national team’s23-man squad for this summer’s World Cup.