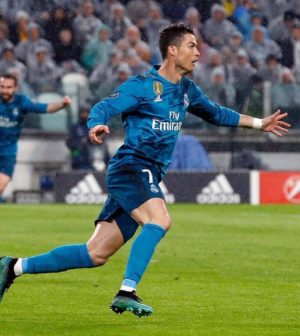 Liverpool and Real Madrid will contest the 2018 UEFA Champions League final on Saturday 26 May at the Olimpiyskiy Stadium in Kiev.

The Premier League side have surprised many in reaching this season’s final, notably thrashing Manchester City in the quarter-finals and then seeing off AS Roma in the semi-finals.

Real Madrid are looking to win an unprecedented third successive Champions League, having become the first team to successfully defend their title last season since the competition rebranded in 1992.

Zinedine Zidane’s side squeaked past much tougher opposition in the previous two rounds – Italian champions Juventus and German champions Bayern Munich. Though they did finish runners-up in their group to Tottenham Hotspur.

The bookmakers have both sides at odds against but are narrowly leaning towards the defending champions as Real Madrid are slight favourites. However, many fancy Liverpool to lift the trophy on Saturday. The most popular bets appear to be backing lots of goals as per these football tips for today.

Goals are expected as both Zidane and Jürgen Klopp play an attacking brand of football with neither having a great defence.

The main matchups come down the wings as 2017-18 Premier League Golden Boot winner Mohamed Salah will be down the right wing up against Marcelo. The Real Madrid full-back loves to bomb forward which should give plenty of space for the Liverpool forward to exploit.

Liverpool have a fearsome front three and Sadio Mané down the opposite flank is having an excellent Champions League campaign with nine goals this season. The Senegalese international should be up against Dani Carvajal.

In the middle Roberto Firmino has been lively this season but up against the duo of Sergio Ramos and Raphaël Varane should be a real test for the Brazilian. Don’t be surprised if Ramos gets caught venturing forward though to gift Firmino some space.

Likewise, many favour Real Madrid to score a couple against the Liverpool defence. Although Virgil van Dijk has strengthened the back four since his January move from Southampton they are still vulnerable.

Dejan Lovren has not had a good season and could face a tough challenge against either or both Karim Benzema and Cristiano Ronaldo – both in the air and on the ground. Should Gareth Bale start down the right wing the Welsh winger likes to cut in on his lethal left foot. He’s also a threat from crosses when he attacks the back post.

Liverpool don’t have much in the way of protection for their back four either with Jordan Henderson and Georginio Wijnaldum the most likely starters in the midfield three. Emre Can is back in content and James Milner could also start.

On the opposite side Casemiro is a good holding midfielder who breaks up the possession in his side’s favour. Luka Modrić and Toni Kroos have learned how to defend out of necessity but both players are much better in possession of the ball.

With this in mind we’re backing the goals on Saturday.