4-2-3-1: Arsenal’s Likely Lineup for Next Season with Lucas Torreira 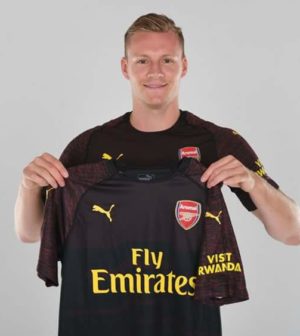 In the last few weeks there has been one report after another claiming that Arsenal have reached an agreement for the signing of Sampdoria and Uruguay midfielder Lucas Torreira. The latest is he has decided to concentrate on the 2018 World Cup and rejected a chance to do his medical at the moment.

The highly-rated 22-year-old midfielder has helped Uruguay reach the quarter-finals at the World Cup and if it is true that Arsenal have won the race for his signature, the Gunners will be getting a very good player, who is on his way to becoming World Class.

Assuming the signing of Lucas Torreira is completed by Arsenal, how will the North London club line up next season? Aside from Torreira’s deal, which is we believe will be done as soon as Uruguay’s World Cup is over, we also need to consider Bernd Leno, who I reckon is coming in to take over from Petr Cech as Arsenal’s number one goalkeeper, among other new signings.

Here’s how we think Arsenal are likely to line up next season with Lucas Torreira, Bernd Leno, Stephan Lichtsteiner and Sokratis Papastathopoulos joining this summer.

Petr Cech was the first choice last season but with the signing of Leno from Bayer 04 Leverkusen, it is highly unlikely that Emery will stick with the former-Chelsea star. Bernd Leno is most-likely going to be the number one for Arsenal next season. Cech will most-likely play in the cup games and Europa League. We expect David Ospina to be sold and Emiliano Martínez brought in as the third choice goalkeeper.

Stephan Lichtsteiner joined the club on a free transfer from Juventus but he is unlikely to start ahead of Hector Bellerin. We expect Bellerin to continue to be Arsenal’s first choice in the right-back position. Stephan Lichtsteiner will however be useful in the cup games and in the Europa League.

Currently Arsenal have Nacho Monreal, Ainsley Maitland-Niles and Sead Kolasinac as options here. Monreal has been linked with a move away from the club, but unless Unai Emery decides to bring in someone else or doesn’t trust the Spaniard, we expect him to continue as Arsenal’s left-back. Especially if Emery goes with the 4-2-3-1 formation which we expect him to use at Arsenal next season.

This is where it gets interesting. Arsenal have so far signed Sokratis Papastathopoulos from Borussia Dortmund who is a centre-back, a position we have been linked with the further signings (including Juventus star Mehdi Benatia). This could well mean that one of our current centre-backs will likely be leaving the club. We reckon it will be Shkodran Mustafi. Laurent Koscielny remains Arsenal’s most reliable centre-back and we expect him to be the leader of Arsenal’s defence once he returns from injury. Koscielny is likely to be paired with Sokratis while Mustafi (if he doesn’t leave) and Calum Chambers are likely to play in the cup games and in Europa League.

This is another position where Arsenal have been linked with the signing of various players. Sevilla’s Steven Nzonzi continues to be linked with the Gunners despite reports that Arsenal have agreed a deal to sign Lucas Torreira after the World Cup. But for now, we will only be considering Torreira since many outlets believe a deal will be completed after the World Cup. Having seen what Torreira is capable of, we believe he will be Arsenal’s first choice to play the defensive midfield role.

Sadly Granit Xhaka will have to either be sold or make do with game time in the cups and Europa League. I do not see him being in the first XI next season if Arsenal pull off the signing of Torreira.

The signing of Torreira would reduce the defensive duties of Aaron Ramsey who is Arsenal’s most trusted player in the central midfield role. Unless the Welshman leaves the clubs, no one else will be trusted with this position.  There isn’t anyone better than him in this role. When injured, Xhaka can fill in this role, or even Henrikh Mkhitaryan.

Mesut Ozil and Henrikh Mkhitaryan can play in this position but unless Emery doesn’t like Ozil, which isn’t unlikely. The German star will be the creative force for Arsenal’s attack next season.

Alex Iwobi and Mkhitaryan are Emery’s most reliable players in this position but Mkhitaryan is most likely going to be the number one choice unless someone else comes in which is not looking likely.

This is one position in which Arsenal have been linked with the signing of many players. I believe they should bring in a player in this position who will be an upgrade on what they currently have. In the absence of a new natural left winger, I expect Pierre-Emerick Aubameyang to play in this role. Danny Welbeck could also play this position should Emery prefer Aubameyang as the striker. But I would be surprised if Welbeck is not sold and someone else brought in to replace him.

Should a left winger be signed, I expect Aubameyang to be the striker and Alexandre Lacazette the second choice. If no left winger is signed then Lacazette should be Arsenal’s go-to person for goals next season and Aubameyang out on the left.