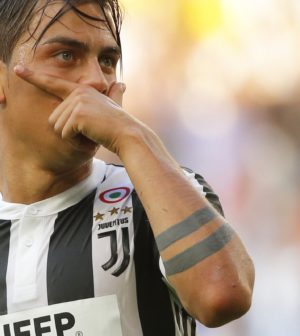 Real Madrid are known to sign World Class players, use them for a couple of years and sell them when they get tired of them. Mesut Özil was sold to Arsenal not too long ago because Madrid found another toy in Gareth Bale.

When Madrid wanted David Beckham they didn’t hesitate to get rid of Claude Makélélé. Although many agree the signing of Beckham made a lot of commercial sense for Real Madrid, but football wise, it was a senseless move. Makélélé was a crucial player at the time for the La Liga giants but they let him go to Chelsea. Aside from that, to accommodate Cristiano Ronaldo and Kaká, Real Madrid shipped out Arjen Robben and Ruud van Nistelrooy; both of whom were doing well at the time. And this is only mentioning a couple of names.

The Independent are one of several outlets that suggest Real Madrid want either or both Kylian Mbappé and Neymar.  For that to happen at least one player will have to be sacrificed for them to come in. That person could well be Cristiano Ronaldo. Rumours in both the Spanish and Italian media claim that Ronaldo could be on his way to Juventus this summer. The Portuguese superstar is said to be interested in signing for Serie A champions and the Italians are confident they can reach an agreement with Real Madrid.

Should that deal eventually happen, Manchester United could well benefit as the presence of Ronaldo at Juventus could make their target, Paulo Dybala, surplus to requirements at the Allianz Stadium. Of course, the Old Lady can accommodate both Dybala and Ronaldo in their team but for them to spend big, they may have to sell some players to keep within the Financial Fair Play rules.  Don’t be surprised if they let Dybala leave, especially if Manchester United or any other interested club make a good offer.

Last December, the Red Devils reportedly made a bid of £70 million for the Argentine, which was rejected by Juventus. Would the Italian giants be able to turn down a bid of £100 million this summer, especially if they are getting Ronaldo for a similar amount? And there is a chance Dybala’s advisers would be advising him to leave if an opportunity arrives in order not to get overshadowed by Ronaldo?

Paulo Dybala currently has a market value of €110 million (£97m) according to Transfermarkt. This fee would most likely not be an issue for Manchester United if they still want the South American.

Of course nothing is certain and Juventus could sell other players and keep Dybala, but in the world of football transfers, anything is possible, especially when Real Madrid and Manchester United are involved…