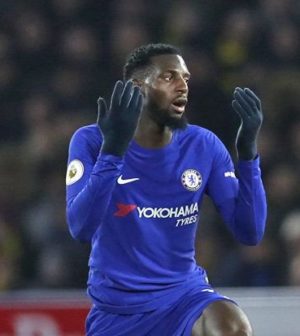 Tiémoué Bakayoko has been bang average since signing for Chelsea last summer. He has struggled with both form and injuries, and with rumours that N’Golo Kanté could be on his way to Paris Saint-Germain, it is not a surprise that the Blues are getting linked with the signing of a defensive midfielder.

According to reports from Italy (via Sport Witness), Chelsea are ready to sign €25 million-rated Matías Vecino from Internazionale. Maurizio Sarri, who is expected to become Chelsea manager sometime this month, is said to be a big fan of the Uruguayan. When in charge at Napoli, the Italian manager reportedly tried to sign Vecino, but failed.

Sarri managed the 26-year-old while he was in charge at Empoli and is said to be a big fan of the player and will attempt to sign him for Chelsea in a deal the media reckons will be worth between €25-30 million (£22-26.5m). Matías Vecino is primarily a defensive midfielder but can play as an attacking midfielder as well.

According to reports, Vecino tops the transfer wish list Sarri has submitted to Chelsea’s owner Roman Abramovich which could well be the Italian either believing Kanté will leave this summer or that he is not a fan of Tiémoué Bakayoko, and is already planning for life without the Frenchman.

Nearly all Chelsea fans would prefer Kanté to stay and Bakayoko go but with PSG interested, it wouldn’t surprise me if N’Golo Kanté is not playing for Chelsea next season. Whether Vecino is good enough to replace the former Leicester City star remains to be seen…