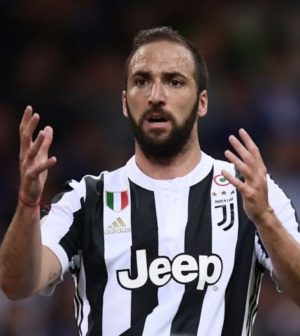 Real Madrid are known for doing the unusual in the transfer market. They go all out to sign the next big name in world football and when another big name becomes available they get rid of one big name in order to bring in another. This has happened so many times and it appears it could happen again this summer as Los Blancos are being linked with the signings of both Neymar and Kylian Mbappé. In order to accommodate these big guns, they are said to be ready to get rid of Cristiano Ronaldo.

This deal could have an interesting implication for Chelsea on two fronts. First, should Neymar and Kylian Mbappé go to Real Madrid, the Spaniards probably won’t be chasing Eden Hazard this summer, which means, unless Paris Saint-Germain decide to come for Hazard, Chelsea will be keeping the Belgian superstar for at least another season. And aside fro keeping Hazard, Ronaldo moving to Juventus could all of a sudden present Chelsea the chance to sign Gonzalo Higuaín.

Due to FFP laws, if Juventus are spending big on Ronaldo, they may have to sell some big names of their own in order not to be sanctioned. They certainly do not have any other players bigger than Higuaín and Paulo Dybala. And if you ask me who they are likely to sell of the two I would say it is Higuaín, not Dybala. The fact that Dybala can play as a centre forward and as an attacking midfielder means he could be retained and Higuaín sacrificed.

Aside from this, Juventus have also been linked with the signing of Álvaro Morata. I believe Chelsea would be willing to sell Morata, who has largely been a flop at Stamford Bridge. Should Sarri indeed become Chelsea’s new manager later this month, has worked with Higuaín before when they were together at Napoli, and it wouldn’t be a surprise if Sarri wants him at Stamford Bridge.

Only two days ago reports emerged that Chelsea had agreed a £53 million deal to sign Gonzalo Higuaín, although that report seems false at the moment. It could well still happen this summer, especially if Juventus eventually get Ronaldo.

Gonzalo Higuaín scored 27 goals and created seven assists in all competitions for both club and country in the 2017-2018 campaign.