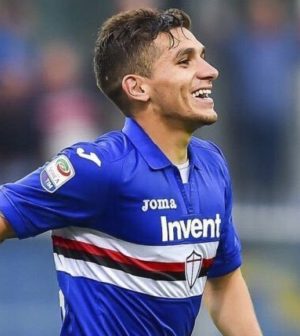 Arsenal fans are buzzing on social media because they wanted Uruguay to be knocked out of the World Cup as soon as possible.  They got their wish on Friday as France eliminated the South Americans 2-0 in the quarter-finals. The main reason for the Gooners wanting Uruguay to be sent home was simply because they are hoping their team can finally announce the signing of Lucas Torreira from Sampdoria.

The 22-year-old helped Uruguay reach the last eight of this summer’s tournament in Russia. And just before the World Cup kicked off last month, reports had it that Arsenal had beaten Napoli to the signing of the defensive midfielder. It was claimed that both the player and club chose to wait until either the World Cup was over or Uruguay were knocked out, before carrying out a medical and then officially announcing the deal.

Immediately following the match between France and Uruguay on Friday, BBC journalist David Ornstein took to Twitter to confirm Arsenal are hopeful of completing the deal next week. The player himself has told reporters he will be signing for the North London club. A video circulating on Twitter has been translated from Spanish to English and it appears Torreira has ended all the speculation by confirming he will be signing for Arsenal.

Reproduced below is the video and a transcript of the question asked and the answer he gave:

Q: Is it true that Arsenal wanted to do the medical tests during the World Cup and you decided against it?

A: Yes, it is true. I didn’t want to think of anything other than the national team. Now that I have time, my future will be clear soon.